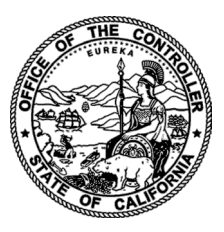 The state controller has issued the cash report through May, i.e., through the first 11 months of the current fiscal year.

So far there is an estimated $133 million more revenue than was estimated back in January when the governor's first budget proposal for next year was introduced. But it is $1.3 billion less than the revenue that was estimated a year ago at the time of the enactment of the current year's budget.

We are pretty close to the June 15 deadline for the legislature to enact next year's budget and there are reports that the governor and the legislative leaders (Democrats only) were near a budget deal.* So it's not clear that the new cash report will have much influence on the outcome.

The controller's report is at:
http://sco.ca.gov/Files-ARD/CASH/May%202017%20Statement%20of%20General%20Fund%20Cash%20Receipts%20and%20Disbursements.pdf
---
*https://www.usnews.com/news/best-states/california/articles/2017-06-08/california-lawmakers-governor-near-state-budget-deal
Posted by California Policy Issues at 2:16 PM