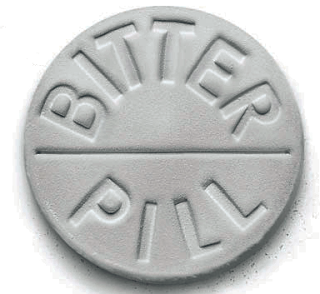 New twist in fight over UCLA patent on cancer drug

MUMBAI: The fight for a patent on a steeply-priced wonder drug, Xtandi (enzalutamide) used in prostate cancer has taken an interesting turn, with a clutch of civil society organisations including Union for Affordable Cancer treatment, and Health Global Access Project, urging University of California to withdraw its case and cease efforts to obtain a patent in India. University of California (UCLA), through its Regents (board) had filed a petition before the Delhi high court to obtain a patent, and hence prevent entry of potentially affordable and generic versions.

The drug was developed by researchers of UCLA, who then licensed the chemical compound's patent to a pharmaceutical company Medivation. At present, Japanese company Astellas Pharma sells enzalutamide at Rs 3.35 lakh per 112 pills (28 day supply) — a price unaffordable to most cancer patients in India.

The letter says "World Bank estimated India's 2015 per capita income at $1,590 per year (or $4.36 per day), making the cost of the required four pill daily dose of enzalutamide over 40 times a person's daily income in India." For India, the cost is estimated around $45 per pill ($179 per day), while Astellas sells it for $26 per pill in its home country.

According to a civil society group, KEI, generic competition for enzalutamide could easily drive the price per pill at well less than $0.50 per pill, or $2 per day.

The grant of a patent on enzalutamide in India would prevent generic competitors from supplying the drug at an affordable price, both in India and in other countries where there is no patent, or where Astellas has abused its patent rights by charging prices that are excessive and create access barriers for this important drug, the letter sent last week, says.

Earlier, drug companies BDR Pharma and Fresenius Kabi challenged the University of California's attempt to obtain a patent in pre-grant patent opposition proceedings. The Indian Patent Office denied the patent, resulting in Regents of the University of California to file a petition before the Delhi high court. The case is expected to come up for hearing on July 20.The blockbuster drug which nets nearly $3 billion in worldwide sales, was acquired last year by Pfizer as part of a deal when it bought Medivation, a biotech company. While it is clear that there is a commercial intent of the licensees (Medivation/Astellas/ Pfizer) in acquiring patent rights in India, the writ is filed in name of Regents of University of California, perhaps to portray the matter as a struggle for recognition of academic research, civil society groups say.

Source: http://timesofindia.indiatimes.com/business/india-business/new-twist-in-fight-over-patent-on-cancer-drug/articleshow/58934949.cms
Posted by California Policy Issues at 8:30 AM