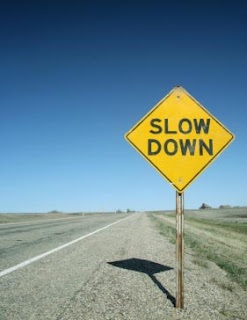 Yours truly will attend the UCLA Anderson economic forecast later today. But the LA Times this morning carries a summary of implications for California:

California will increase jobs and incomes more slowly than expected this year, mainly because President Trump’s big spending plans don’t seem to be coming to fruition yet.

That’s the upshot of the latest forecast from economists at UCLA, released Tuesday, that predicts employment in California will increase by a modest 1.4% and personal income will grow by 3.1% this year. Earlier projections were more optimistic.

Over the last several months, Trump has promised to pour money into a “great rebuilding of the armed forces” and has hyped a $1-trillion investment into upgrading the country’s roads and bridges.

But his budget proposal doesn’t include a huge increase in defense spending, and “infrastructure week” passed without much of an update from the administration on the prospects of securing government funds for a national rebuilding plan.

“Congress seems to be so tied up in considering healthcare and taxes that they aren’t ready to take on a massive infrastructure bill,” said Jerry Nickelsburg, a coauthor of the UCLA report.

Nickelsburg noted that the president spent months saying he would bulk up the Navy by buying more than 70 new ships, but his budget included no extra money for shipbuilding. Trump’s original proposal didn’t go beyond former President Obama’s plan to buy eight new ships in 2018, and Trump cut the number of aircraft to be purchased next year, according to a report on Breakingdefense.com.according to a report on Breakingdefense.com.

Bringing the battle force up to 350 ships, as Trump promised, would cost $165 billion over 30 years, the Congressional Budget Office calculated. Those billions would have been a boon to the three large shipyards in San Diego, and could have lead to new military jobs across the state.

“If there were to be an expansion of the military and size of military forces stationed at the bases in California, that would have been stimulative,” Nickelsburg said.

The state will have to fight headwinds as it approaches full employment and there are fewer and fewer job candidates available to fill openings. Trump's “deportations, or the threat thereof, of unskilled workers" will only make things worse in an already tight job market, the report said.

Source: http://www.latimes.com/business/la-fi-anderson-forecast-20170612-story.html
Posted by California Policy Issues at 6:30 AM