Two Announcements in One News Release 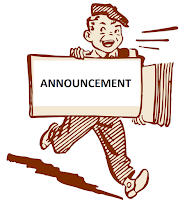 SACRAMENTO – Continuing his commitment to strengthen California’s systems of higher education and partner with its leaders, Governor Gavin Newsom announced today the formation of the Governor’s Council for Post-Secondary Education. The Council will serve as an independent consultative resource to the Governor around the economic and social impact of higher education in the state. They will examine issues relating to future capacity, enrollment planning, community college transfers, general education and coordination at the state and regional levels, and make recommendations to the Governor for action. In addition to this Council, the Governor has convened – and will continue to engage – higher education advocates and stakeholders to advise him on issues relating to student access, affordability and success.

“The university and community college systems in the state operate in silos,” said Governor Newsom. “To develop best practices and help our students reach their full potential, we need to work together across institutions. I look forward to working with our state’s higher education leaders to set bold statewide goals and partnering together to achieve them.”

Janet Reilly, 55, of San Francisco, has been appointed to the University of California Board of Regents. Reilly has been co-founder and president of the Board of Directors for Clinic by the Bay since 2008. She was appointed by President Barack Obama to be director of The Presidio Trust from 2015 to 2018. Reilly was director of the Golden Gate Bridge, Highway and Transportation District from 2003 to 2015, where she was president of the Board of Directors from 2010 to 2012. She was executive producer and on-air television host of The Mix with Janet Reilly for NBC Bay Area – KNTV from 2014 to 2015, a trustee of the Golden Gate Transit Amalgamated Retirement and Health and Welfare Plans from 2010 to 2015 and director of public relations for Mervyn’s Department Stores from 1997 to 2001. Reilly was a district representative for Los Angeles Mayor Richard Riordan from 1993 to 1995 and an on-air television reporter and anchor for KGWN-TV from 1990 to 1992. She is an advisory board member of the Walt Disney Family Museum and the Leo T. McCarthy Center for Public Service and the Common Good at USF, and a board member of the Dignity Health Foundation and the local governing board of the Seton Medical Center. Reilly earned a Master of Science degree in journalism from the Northwestern University Medill School of Journalism. This position requires Senate confirmation and there is no compensation. Reilly is a Democrat...

Some readers will recall that then-Governor Jerry Brown killed the old CPEC (California Postsecondary Education Commission) in 2011-12 by eliminating its budget. See:
http://uclafacultyassociation.blogspot.com/2011/05/jerry-brown-as-terminator-of-cpec-lao.html
and
http://uclafacultyassociation.blogspot.com/2011/11/california-postsecondary-education.html.
Posted by California Policy Issues at 9:26 AM