Little problem as we undo the Master Plan (without a plan) 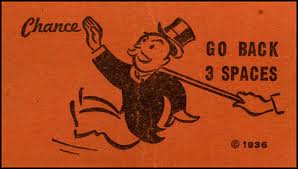 Note: Blog readers will know that the legislature, contrary to the Master Plan (or any process to amend it), decreed that some community colleges should give 4-year degrees.

A handful of California’s community colleges may have a problem offering new bachelor’s-degree programs, as planned, by 2017. The Accrediting Commission for Community and Junior Colleges, one of the nation’s seven regional accreditors, had asked the U.S. Department of Education to allow it to accredit baccalaureate programs at two-year colleges. The change sought by the commission, called an "expansion of scope," is necessary because the state is allowing 15 of the community colleges to offer four-year degrees. But a federal panel that advises the secretary of education on accreditation matters voted on Thursday to limit the accreditor’s ability to approve new baccalaureate programs. That could leave as many as four colleges unable to begin offering those degree programs before a fall 2017 deadline...

(Thanks to Bette Billet for spotting this item.)
Posted by California Policy Issues at 3:27 PM