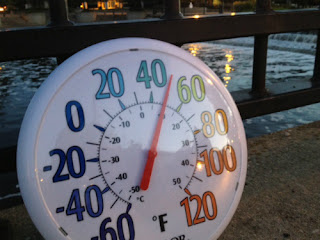 The UCLA "campus climate" seems to have gotten chilly, apart from the weather. From the Bruin:

A UCLA official criticized anti-Semitic comments made by a UCLA student on Facebook in an email statement sent to the student body Wednesday. Janina Montero, vice chancellor for student affairs, sent the email after a pro-Israel group on campus condemned an undergraduate student for a series of comments posted on the Facebook status of Jewish actress and UCLA alumna Mayim Bialik. UCLA spokesman Ricardo Vazquez said the vice chancellor’s decision to send out emails is made on a case-by-case basis, and Montero felt this incident rose to a level that warranted the email. In the comments, the student called Jewish people “troglodyte albino monsters of cultural destruction” and “capitalist colonizers.” The student did not respond to several requests for comment for this article.

Vazquez said the university will not pursue disciplinary action because the First Amendment protects individual’s private speech. In the email statement, Montero urged students to treat others with compassion and to not stereotype other identities. “The hurtful and offensive comments displayed ignorance of the history and racial diversity of the Jewish people,” she said. “Bigotry against the Jewish people or other groups is abhorrent and does not represent the values of UCLA or the beliefs of our community.” Liat Menna, president of Students Supporting Israel at UCLA, the group that criticized the student’s comments, said she thinks Montero’s statement was inadequate because it did not address the issue of anti-Zionism. Zionism is the belief that Jewish people should have an independent state, such as Israel. “The demonization of Jewish students on campus is directly linked to the demonization of the Zionist identity,” she said. Vazquez said the university is working to prevent similar incidents through community collaboration initiatives, the Diversity Requirement and more accessible ways of reporting bias.

Not surprisingly, the incident has begun to circulate on the internet:

Recently, a student at UCLA who is also a UCLA employee posted a Zionophobic rant on Facebook. Lisa Mendez introduced herself to the public with a blatantly racist declaration in response to a post written by Miayim [sic] Bialik, a UCLA alumna and respected Hollywood actress. Mayim’s post was a declaration of Zionist pride and for Lisa this was an opportunity to attack:

"GTFOH with all your Zionist bullshit. Crazy ass fucking troglodyte albino monsters of cultural destruction. Fucking Jews. GTFOH with your whiny bullshit. Give the Palestinians back their land, go back to Poland or whatever freezer-state you're from, and realize that faith does not constitute race” (Mendez)

Lisa’s statements frightened and appalled many people. Her employment status as a healthcare administrator for UCLA Center for Prehospital Care (CPC), raised even bigger concerns. Many were outraged...

A full copy of the Montero email was not available, however, after a search of the UCLA website and a more general Google search. It is unclear to whom the email was sent. This incident is likely to be raised at the Regents' committee that was formed two meetings ago to deal with anti-Semitism and intolerance.

UPDATE: More info on the Montero email is available at https://www.insidehighered.com/quicktakes/2015/12/21/ucla-condemns-anti-semitic-facebook-post
Posted by California Policy Issues at 7:06 AM