Making the Grade at UCLA? 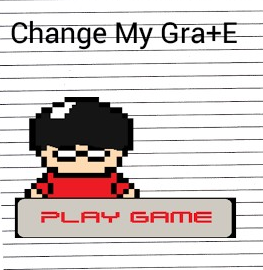 UCOP Daily News Clips email service reproduces an article from the Chronicle of Higher Education available only to subscribers: [excerpt]

Will Collier was in a bind. A few days before Christmas last year, the academic coordinator for men’s basketball at the University of California at Los Angeles learned that a highly touted player might have to sit out the rest of the season because of an inadequate grade. The Bruins had already lost three star players last year to the National Basketball Association. The latest news would only complicate the challenges for head coach Steve Alford, who was entering his second season. Mr. Collier, 33, who had just completed his first year on the job, contacted Duane Broussard, an assistant coach and the team’s academic liaison. The player, Mr. Collier explained, had received a C-minus in a communications class but needed a B to participate in team activities. The assistant coach, according to Mr. Collier, proposed a plan: Approach the professor about changing the player’s grade.That wasn’t the reaction Mr. Collier had expected, not at UCLA, whose storied tradition and reputation for high academic standards he had long revered. When he took the job here, he was aware that the university, like many others, admitted players with academic deficiencies. But he believed that, with the right motivation and support, he could help them succeed... The coach’s request brought him up short. "I didn’t want to be associated with it," he says. "It’s not what I got into this for." ...As for Mr. Collier, he decided to leave UCLA in January. He spoke with The Chronicle about his experience, sharing emails and documents that detail a grade change and allegations of academic misconduct... UCLA officials deny having such problems; the university’s record in this case, they say, is unblemished. It is Mr. Collier’s story, they say, that is flawed. UCLA has sought to discredit Mr. Collier, saying he was incompetent and that his inattention to detail led to a series of errors during his 16 months on the job. University officials say he was careless with records, inflexible with students, and unable to build trust with coaches. But he was never placed on disciplinary probation. Upon his resignation, he received a positive letter of recommendation from Mike Casillas, director of student-athlete counseling, with whom he worked closely... In response to allegations that Mr. Collier planned to make in this article, the university sent him a cease-and-desist letter. It demanded that he halt disclosure of student data and turn over the student records in his possession. The university also sent a cease-and-desist letter to The Chronicle, cautioning against publishing information obtained from confidential educational records...

The full article for subscribers is at http://chronicle.com/article/Missed-Classes-a-Changed/233717. If you want the full text put a request in the comment section with your email in the next day or so and I will forward the UCOP Daily News Clips.
Posted by California Policy Issues at 9:58 AM