Political Science Lesson: Media Attention Doesn't Flag as Easily as You Might Think 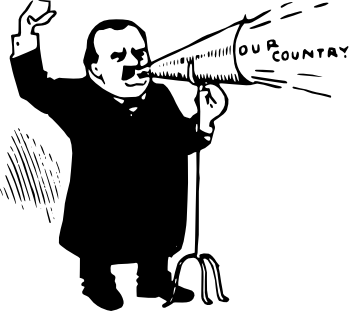 If you don't know about, or don't remember, the flag incident at UC-Irvine, our earlier post on the subject is at:

Now you might think the incident has passed.  A student group did something - banning the US flag briefly - that caused a brouhaha at Irvine, but the action was soon reversed. Actually, in the interim it went viral: Lots of news media and internet attention. Google it, if you want a sampling. Since the flag was involved, there was more attention on right wing of the spectrum than elsewhere. Some legislative Republicans in Sacramento are now promoting a ban on banning the flag on campuses. See http://www.sacbee.com/news/politics-government/capitol-alert/article13129319.html. A ban on banning the flag is unlikely to go anywhere as an actual law, given the political makeup of the California legislature. So does it matter?

Actually, it does matter. Recall the last gubernatorial election. You might have trouble remembering who the Republican candidate was. Since Jerry Brown was 100% certain to be elected, the Republican - Neel Kashkari - had virtually no funding for a campaign. He managed to put up some YouTube videos and pulled off a stunt about being homeless in Fresno (angering the Republican mayor there). So he was a generic candidate that no one really knew representing a place for folks to the right of Brown to vote. Brown barely bothered to campaign. Nonetheless, Kashkari got 40% of the vote. That's a lot of votes for a candidate who couldn't mount a real campaign running against a popular governor.

UC is currently engaged in a conflict with that re-elected governor over the degree of state support. In that context, the views of 40% of those who chose to vote in the last statewide election matters. We have noted on this blog that administrators on UC campuses really can't control what student groups do or don't do, say or don't say. But we have also noted that current institutional arrangements seem to force UC officialdom to become involved and to have to defend or explain to the outside world whenever incidents occur. More separation of student activities from official UC structures would help. Students would be free to do/say whatever they like without official intervention. And UC could more readily say that what may be done by some of its tens of thousands of students does not represent any official stance.
Posted by California Policy Issues at 10:39 AM