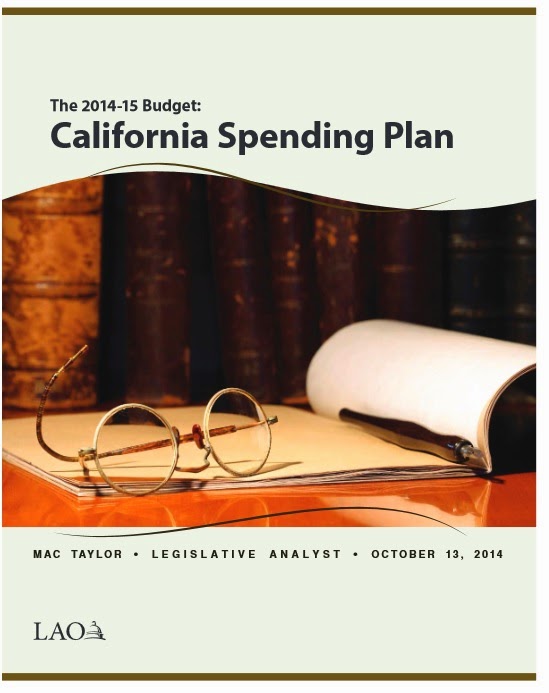 The Legislative Analyst's Office (LAO) typically issues a report around this time of the year about the state budget.  There is nothing new in the latest edition.  As far as UC is concerned, LAO doesn't go into pension funding which is no surprise since it still doesn't like the idea that the UC pension is ultimately a state responsibility.  LAO also doesn't like the fact that Gov. Brown has tended to give UC lump sum funding without conditioning it on performance standards.

Finally, although it characterizes the General Fund as "in the black," it doesn't comment on the fact that the reserves* related to the General Fund drop by $900 million in the current year (which sounds a lot like a "deficit" in the common English usage of that term - but not in Sacramento speak).

You can read it for yourself at http://lao.ca.gov/reports/2014/budget/spending-plan/california-spending-plan-080414.pdf

*"Reserves" is in plural form because the budget assumes voters will pass Prop 2 - the rainy day fund - and so there will in effect be two reserves to consider by the end of the fiscal year.
Posted by California Policy Issues at 10:22 AM