Let's Hope Someone Read the Correction 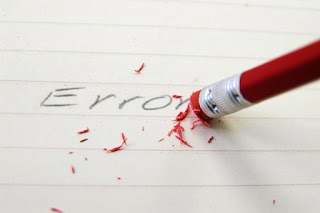 An article in Thursday’s Business section about campaign contributions in the Massachusetts Senate race between Republican incumbent Scott Brown and Democrat Elizabeth Warren included a surprising name among the list of top donors. According to the chart, the No. 5 donor to Warren was the University of California, with a total of $38,400 in contributions.

Readers, aware of recent budget cuts and tuition increases in the UC system, were stunned. "It is hard to understand the University of California contributing to the Senate race in Massachusetts when the UC system is so financially troubled," David Powell of Encino wrote to The Times. Howard Fields of Woodland Hills emailed, "There is no conceivably justifiable explanation for UC to squander California taxpayers' money on political causes at all, but sending money for a partisan Massachusetts campaign when constantly complaining about UC's financial crisis should be criminal." And Carolyn Robinson of Pasadena wondered, "With the financial condition of all educational institutions in the state of California, why are we spending taxpayer funds on an election in any state? It is it legal to spend taxpayer funds to support a candidate, and if so, why?"

The fine print at the bottom of the chart explains, to some extent: Money comes from employees and/or political action committees of the companies or organizations. What that means is that the University of California as an institution is not making contributions to, or spending taxpayer money on, any political candidate. It’s the UC professors, administrators and other staff members – and members of their immediate families – who are doing so individually or as members of a group.

UC employees are active political donors. For the 2012 election, the University of California is President Obama’s largest contributor, giving $927,568 as of Oct. 21, according to the nonpartisan Center for Responsive Politics. The system has about 150,000 full-time employees.

Is it legal, as Robinson asked, to spend taxpayer funds to support a candidate? No.

The UC notes in legal guidance that "University funds (including University paid time and equipment) may not lawfully be used for campaign purposes." But individual participation is allowed: "An employee does not give up his or her constitutional rights upon joining a public agency. With only limited exceptions, no restrictions may be placed on the private political activities of public employees."

I suspect that more people read articles than read corrections of articles.  If you encounter someone with the belief that UC contributes money to candidates in California or elsewhere, point him/her to this correction.
Posted by California Policy Issues at 6:41 AM

I’m not that much of a online reader to be honest but your blogs really nice, keep it up!
I'll go ahead and bookmark your site to come back in the future. Many thanks

It's a pity you don't have a donate button! I'd most certainly donate to this fantastic blog! I guess for now i'll settle for book-marking and adding your RSS
feed to my Google account. I look forward to fresh updates and
will talk about this website with my Facebook group.
Chat soon!

Fastidious response in return of this issue with solid arguments and telling all
concerning that.

Feel free to surf to my blog post :: Scarlett Walter

Having read this I believed it was rather informative.
I appreciate you spending some time and energy to put this informative
article together. I once again find myself spending a lot of time both reading and posting comments.
But so what, it was still worth it!

Feel free to surf to my homepage; learn wine

Great site. Lots of useful information here. I am sending it to some friends ans additionally sharing in delicious.
And naturally, thank you on your sweat!