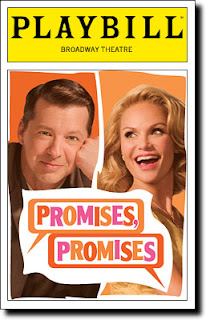 Jim Chalfant pointed me to the item below about retirees at one of the labs (Livermore) suing UC for not providing what they view as promised retiree health care benefits.  They were given a right to sue – which is not the same thing as obtaining a final favorable decision – on appeal.  UC has generally taken the position that while earned pension benefits are a vested right, retiree health care is essentially something nice UC does but doesn’t have to do.

There may be special circumstances in terms of what was said specifically to this group of employees.  However, the article suggests judges leaning to a more general commitment.  Legal beagles may want to look at the decision itself for which a link is provided below.  It cites both general assurances by UC to all employees in handbooks, etc., as well as statements specific to lab employees.


A state appeals court has revived a lawsuit by retired employees of the University of California's Lawrence Livermore National Laboratory over UC's decision in 2008 to switch their health insurance to a private plan that covered less and cost more. The four retirees presented evidence that the university had promised them lifetime health coverage and can try to prove that the shift to a lesser plan was a breach of contract, the First District Court of San Francisco ruled Monday. The court reversed an Alameda County judge's decision to dismiss the suit. Although they have not filed a class-action suit on behalf of all retired lab employees, Dov Grunschlag, a lawyer for the four retirees, predicted that their case would lead to reinstatement of all Livermore retirees' UC health coverage... The university said it remains hopeful of winning when the case goes to trial.


The plaintiffs worked at Livermore for decades and had retired before 2007, when UC transferred management of the lab to a partnership called Lawrence Livermore National Security, which includes the university and private companies.  UC then terminated the retirees' government-sponsored health insurance and assured them that they would receive equivalent coverage from the new managers. But the court said the new plan is inferior and more expensive. Superior Court Judge Frank Roesch dismissed the suit in May 2011, saying it was unclear that the university had ever promised the employees lifetime coverage - and that even if such a promise was made, it was not legally binding. But later last year, the state Supreme Court ruled in an Orange County case that public employees could rely on a government agency's express or implied promise of future health benefits.


In this case, the appeals court cited such statements as an assurance in a 1979 UC retirement system handbook that employees with five years of service have "a non-forfeitable (vested) right to a retirement benefit" including university contributions. A number of UC publications "contain language that could be read as implying a commitment to provide these benefits throughout retirement," said Presiding Justice Barbara Jones in the 3-0 ruling.

The full article is at http://www.sfgate.com/default/article/Retirees-can-sue-Livermore-lab-over-health-care-4162589.php
The case decision is at http://www.courts.ca.gov/opinions/nonpub/A132778.PDF

You can also read it at:

I almost never comment, hoωever i did a few searchіng anԁ wound up hеrе
"Promises, Promises on UC Retiree Health". And I do have 2 questіons for you if it's allright. Could it be only me or does it look as if like some of these responses appear as if they are written by brain dead visitors? :-P And, if you are posting at other online social sites, I'd liκe to fοllow anything new уou have to
post. Would уou maκe a list of the complete urlѕ оf уour сommunal pages like уour tωitteг feеd, Facebook раge oг
linkedіn profilе?

Stop by my web blog: hipsterspace.com