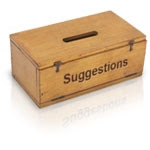 Is this example from UC-San Diego a suggestion of something UCLA should consider doing?

At UC-San Diego, First-Generation Students Get Help From Retired Professors: Experienced scholars guide the uninitiated in an unusual mentoring program

When Lila Gitesatani arrived on the University of California's San Diego campus as a freshman, she had a multitude of questions: How should she choose a major, go about selecting courses, or even explore activities on campus? But Ms. Gitesatani was limited in where she could turn for advice. As a first-generation college student, she says, her parents could be of no help.

Within weeks of starting class, however, she was paired with Barney J. Rickett, a retired professor who could bring years of experience to such questions.

Like many colleges, UC-San Diego provides programs to acclimate first-generation students, who are more likely than their peers to struggle academically. But in 2005, the university took the unusual step of pairing such students with retired professors. "We were so intrigued by the idea that we could serve as surrogate parents for students who didn't have parents at home who could tell them all about what college is like," says John C. Wheeler, a retired chemistry professor who served as the Emeriti Mentoring Program's chair in the 2009-10 academic year.

The program serves mainly students who have received the university's Chancellor's Scholarships for California freshmen who are first-generation college students, defined at San Diego as those who do not have a parent with a bachelor's degree. The scholarships provide up to $5,000 a year for four years to students who also demonstrate financial need and a successful academic record. Based on their interests as freshmen and sophomores, the Chancellor's Scholars are paired with a retired professor who sees them regularly for the academic year.

"They have the good fortune to be hooked up with a mentor who happens to also be a top professor in their field," says Suzan Cioffi, director of the university's Retirement Resource Center.

The mentors may counsel students on anything from deciding between majors to the standards that the university demands. Some, Ms. Cioffi says, have helped their students find internships, research opportunities, and additional scholarships. They can also provide guidance when students face a crisis. When one of Mr. Wheeler's mentees was found to have cheated Mr. Wheeler evaluated the proceedings and, because he felt the student had been mistreated, helped him appeal for a second hearing. The student was exonerated in the second hearing.

...The mentoring program was founded by Mel Green, who had 42 years of experience as a biology professor when he retired. As a working professor, Mr. Green wanted to create a mentoring program for freshmen and sophomores, a group he believed was underserved by existing guidance programs at San Diego. But few faculty seemed willing to carve time away from research or teaching, so Mr. Green didn't push the idea until he retired and joined the UCSD Emeriti Association. "They didn't seem to be doing a lot more than going to lunch," Mr. Green laughs.

When he had gathered approximately 20 interested emeritus professors, he began to look for a student cohort small enough for them to focus on. Green himself was a first-generation college student, and he quickly realized how beneficial an emeritus, with his wealth of knowledge about San Diego, could be as a mentor to someone who may not know what to expect. So the newly established Emeriti Mentoring Program focused its services on the approximately 100 Chancellor's Scholars...

Update: Paul Sheats informs me that the Emeriti Assn. at UCLA is starting such a program here. More info to come.