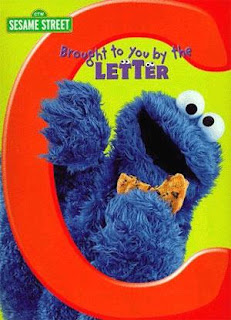 San Diego was the poster child for bad defined benefit pension management even before the current pension crisis in California. However, a potential ballot measure in that city that would switch over to a defined contribution plan is raising questions.

The discovery of what C means is good for UC even though we have nothing directly to do with San Diego. Among the various pension changes that have been floating around at the state level as ballot propositions are proposals in one way or another to move away from defined benefit plans (such as UC’s plan) to defined contribution. So-called hybrid plans fall into this category since they reduce the define benefit component and substitute defined contribution.

It's almost accepted as an article of faith that killing pensions and replacing them with 401(k)-style retirements for most new employees will help the city of San Diego's budget woes. The plan is the centerpiece of a high-profile ballot initiative planned for next June that its proponents, Mayor Jerry Sanders, Councilman Carl DeMaio and other Republican and business interests, touted as saving more than $2 billion when they announced it two months ago. But an inconvenient detail has hovered over the measure for a while: 401(k)s may not do anything to affect San Diego's massive pension deficit, and in the short term, force the city to pay more to fund it. That detail has become more inconvenient recently.

Closing the pension system to all new employees except for police officers and offering 401(k)s to everyone else would force the city to speed up its pension payments, said Mark Hovey, head of the San Diego City Employees' Retirement System. It would cost the city $94 million more over the first six years, a new retirement system analysis says, at a time when the city's budget continues to face incessant strain from its pension and other debts.

"The colossal problem for the city is trying to pay off that $2.1 billion pension liability," Hovey said. "The 401(k) plan doesn't address that." For now, backers are insisting 401(k)s will save money, but aren't saying much else. They still have a year to make their case. When they do, they might not have to prove how much 401(k)s save, but whether they save anything at all.

To be sure, 401(k)s aren't the only thing in the measure. Its other aspects, including freezing employees' pay, likely will reduce the costs the retirement system is predicting will come with 401(k)s. But those changes could happen without adding 401(k)s to the mix. Further, 401(k)s, not pay freezes, are the measure's crown jewel. Over the past two months, the measure's proponents have promised detailed cost savings estimates, which includes pension changes beyond 401(k)s. They aren't ready yet. "Developing long-term projections is a little bit more complicated than I anticipated," said Lani Lutar, president and CEO of the San Diego County Taxpayers Association and a key supporter of the measure. "We are working on it."

Should the measure qualify for the ballot, as is expected, it will be one of the most significant issues facing voters next June…

But wait, San Diego! Help may be coming from afar!