Yudof: No Tuition Hike This Year If Voters Behave 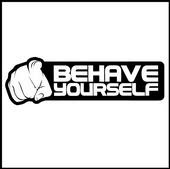 SACRAMENTO (AP) — The chancellors of the University of California and California State University systems say they don’t plan to seek student fees increases this year, despite a state budget proposal that calls for deep cuts to higher education.

Note: There may be less here than meets the eye. "This year" is half over. Next year follows the proposed springtime budget ballot. And in the springtime: