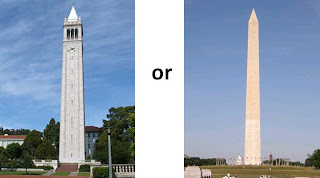 As it gets more funding from the federal government, and less from Sacramento, UC Berkeley is effectively morphing from a state university into a federal university, according to Chancellor Robert Birgeneau. In an interview yesterday, Birgeneau said the transformation will "require us to think through what our role is both in the state and nationally." He first made the compelling case for applying the "federal" label to California's most famous public university at a conference organized by the Travers Program in Ethics and Accountability on the Berkeley campus earlier this month.

…Birgeneau said Berkeley finds itself in the position of many other state universities that also have seen dramatic declines in state support. When he talked recently with University of Michigan President Mary Sue Coleman about UC's predicament, she told him, "Welcome to the club." Among the questions raised by the shift in funding, said Birgeneau, is "how much autonomy should individual campuses have" if the state only provides a small portion of its income. Another question is "What should the balance be of in-state and out-of-state students?" Berkeley has substantially boosted the number of non-Californians it admits, benefiting from the higher tuition they pay. As a result, nearly 20 percent of undergraduates admitted to UC Berkeley this year were either out-of-state or international students.

…Birgeneau said he had not fully fleshed out his concept of what it means to be an increasingly federally supported university. But, he said, "the reality is that with the progressive disinvestment in higher education by the state, the state is becoming a tertiary player."

Note that UCLA, largely because of its med school, receives a larger fraction of funding from the feds than Berkeley.

UPDATE: The Sacramento Bee publishes a supportive editorial at http://www.sacbee.com/2011/02/24/3425961/future-of-uc-hinges-on-choices.html
Posted by California Policy Issues at 10:32 AM

Of course, Berkeley isn't offering to pay the state for it's buildings and land built by taxpayers...

Time to stop the words a lobbying of Sacramento by UC. Every year UC Berkeley Chancellor Birgeneau tells Californians that the sky is fally if Cal does not get every $ it asked for. However senior management , faculty and staff have not and are not jumping ship by accepting better paying jobs in industry or other universities.
UCOP and Cal need to move to deeds instead of words and lobbying. Words are cheap deeds count.
UCOP and Cal demonstrate commitment to California Democrats, Republicans Tea Party with deeds not lobbying.
18% cut isalary of all UCOP and the $50 million cut
18% cut to all senior managers on campuses
UC Academic Senate (UC Faculty Union) recommend a 10% cut for all faculty and additional teaching load.
Demonstrate commitment to Californians with deeds not lobbying UCOP and UC people.