Where's Janet? The silence from UCOP is deafening 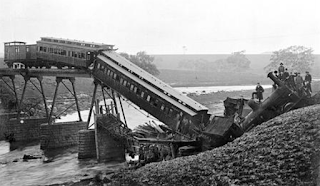 Our previous post noted the decision by UC-Irvine not to have its commencement.

The LA Times carries this report about the other campuses:

"The other eight undergraduate campuses are expected to make decisions on a case-by-case basis. UC officials reached Saturday at the Los Angeles, Davis, Merced, San Diego and Santa Cruz campuses said no decision has yet been made about commencement.

But Gov. Gavin Newsom’s order banning gatherings of 250 or more people statewide to slow the spread of the disease would bar most graduation ceremonies if he extends the directive past March." ...
Full story at https://www.latimes.com/california/story/2020-03-14/uc-irvine-cancels-traditional-public-commencement-graduation-ceremonies
We again note that a coordination failure is taking place.* UCOP is supposed to coordinate the UC system.  It isn't. Why not? If Irvine makes a decision to cancel, the other campuses will, too.
===
*http://uclafacultyassociation.blogspot.com/2020/03/the-view-from-here-on-uclas-abrupt-shut.html
Posted by California Policy Issues at 9:07 AM

When you go to the link, it says they are meeting on campus but you can submit public comments via phone. That may yet change. But the notice at the link clearly identifies UCLA's Grand Hotel as the site. (It has long been possible for the general public to watch on livestream rather than in-person.)

OK. I will drop the Regents comment although it remains unclear whether there will be a presence at UCLA. (In the past, there have been committee meetings in which some participants have used teleconference.)

A follow up: The latest notice (dealing with public comments) has this statement, which still suggests there will be a physical meeting at UCLA:

Members of the public may still *attend* the meeting and offer public comment in-person.
Please note that attending in person does not guarantee that you will be able to address the Board. All public comments, both *in person* and by phone, will be selected randomly. Names will be called from the telephone list and the in-person list proportionately.
• In compliance with the Executive Order and public health official guidance, seats will be placed at least 6 feet apart, and therefore public seating will be extremely limited.
Staff will escort a few people who are on the public comment list at a time into the meeting room. We request that you leave once you have provided comment so that others may do so in-person.

You can't "attend" and be "in-person" if there is no location.