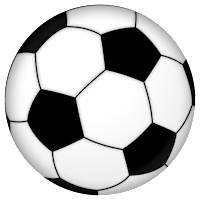 In response to a defense request for documents, UCLA is arguing that even if there is bad stuff on admissions practices to be uncovered, it wouldn't help this defendant.

UCLA and the University of California pushed back Friday against an attempt by Jorge Salcedo, the former men’s soccer coach charged in the college admissions scandal, to subpoena a wide variety of documents from the institutions.

“The defense theory the proposed subpoenas are intended to support is legally unsound and factually irrelevant,” said the motion filed in U.S. District Court in Boston by attorneys for UCLA and the University of California. “The Court should reject Salcedo’s effort to drum up irrelevant evidence that would serve no purpose other than to distract from the charges at hand.”

Salcedo, the head coach at UCLA since 2004, resigned last spring after being charged with accepting $200,000 in bribes from college admissions consultant Rick Singer to facilitate the admission of two students to the school as soccer recruits though they didn’t play the sport.

The five charges against Salcedo, including conspiracy to commit racketeering, are part of the nationwide federal probe into fraudulent admissions dubbed “Varsity Blues” that has ensnared dozens of parents, coaches, administrators and others. He has pleaded not guilty and is the only UCLA coach linked to the investigation.

Last month, Salcedo’s attorneys filed a motion alleging UCLA used athlete admissions as a fundraising vehicle and seeking authorization to issue subpoenas to the school and the University of California. The proposed subpoena to UCLA sought 48 categories of information including an unredacted copy of the school’s 2014 internal investigation into the admission of two students as athletes, communications involving athletic director Dan Guerrero, pledge agreements and records of any dealings between the school and Singer.

The filing Friday assailed the documents sought by the proposed subpoenas as a “fishing expedition” and “not relevant” to Salcedo’s defense.

One of Salcedo’s Boston-based attorneys, Thomas Frongillo, said he didn’t have an opportunity to review the motion.

In the aftermath of the 2014 investigation, first reported by The Times in April, the filing said UCLA instituted a variety of safeguards for the athletic admissions process.

“Even if Salcedo’s proposed discovery were to uncover some evidence to support his theory about UCLA purportedly condoning the misuse of the athletics admissions process to garner donations (and Salcedo provides no reason to think that it would),” the filing said, “that would not show that UCLA condoned its coaches accepting personal bribes to pass off non-athletes as bona fide recruits.”

Salcedo’s proposed subpoena to UCLA also sought information regarding children or relatives of staffers at the school being admitted as recruited athletes. The Times reported that at least 18 students admitted as recruits in recent years were children of administrators or coaches or had close ties to them. They included a student who joined UCLA’s gymnastics team as a recruited athlete despite no competitive experience in the sport.

“This also is irrelevant,” the filing said. “It is a leap too far to say that, if some coaches helped friends or family get admitted as student-athletes, UCLA therefore must have approved of Salcedo pocketing hundreds of thousands in bribes and giving away a soccer scholarship to a non-soccer player.”

The filing added: “If anything, such discovery would taint the truth-finding process. Salcedo cannot backfill gaps in his knowledge by collecting evidence after the fact about UCLA’s conduct. The subpoenas, however, seek to do just that.”

Source: https://www.latimes.com/sports/ucla/story/2020-02-28/ucla-asks-judge-jorge-salcedo-court-documents-subpoena-request
Posted by California Policy Issues at 8:44 AM