Return of the Straight Lecture? 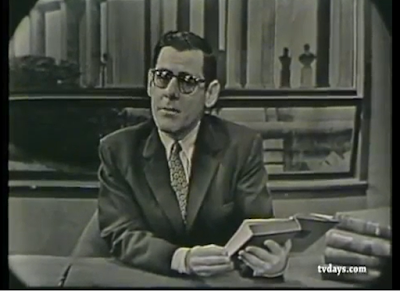 With all the effort to move to online education due to the coronavirus situation, it's worth noting that back in the day, you could take college-credit courses on TV - if you were willing to get up early in the morning to watch Sunrise Semester. It was straight lecture with low "production values." It was a simple approach with no bells and whistles. To see the lecture above, go to:
https://www.dailymotion.com/video/x2lq2p6

or direct to:
https://www.youtube.com/watch?v=FfsmxK0viLQ
Just saying...

From Wikipedia:
Sunrise Semester is an American educational television series that aired on WCBS-TV from September 1957 to October 1982 and was at first syndicated by CBS Television Film Sales. It was produced in conjunction with the College of Arts and Science at New York University (when the program started, the Washington Square and University College of Arts and Science). During June, July and August, the program was known as Summer Semester. It was one of the first examples of distance learning, telecourses, or MOOCs. Lecturers presented NYU credit courses in studio on a wide range of academic subjects, and these broadcast courses were offered for credit to anyone who paid the course fees. The program earned five Emmy Awards during its lifetime. The program was so named because it was broadcast in the early morning, in New York at 6:30 a.m.

Seven years ago, a post on this blog related to online education noted that there were radio college course lectures as early as the 1920s:
https://uclafacultyassociation.blogspot.com/2013/02/more-on-new-idea-of-distance-now-online.html
Posted by California Policy Issues at 9:35 AM

In 1966, when I began teaching at what was then New York City Community College, the chairman of my department sent me to Albany to be on the Economics Committee of the "Distance Learning" that we were doing by mail, i.e., correspondence learning. I completed my 55 years of teaching more recently by teaching on line for two SUNY colleges on Long Island.
Gerald Grayson
Professor Emeritus of Economics
CUNY