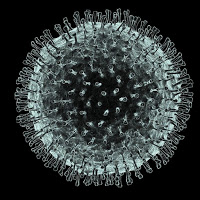 As colleges across the nation transition to online classes in response to the coronavirus pandemic, UC Berkeley is among a handful of schools moving to a pass-fail grading system.

University officials informed the campus community in a letter Friday that the “default grading basis for all undergraduate courses for the spring 2020 semester will be changed to Passed/Not Passed.”

However, instructors will continue to maintain records of letter grades, and students will be allowed to “change their grading option to letter grade until at least May 6,” school officials said.

Maja Ahmann, a UC Berkeley junior majoring in legal studies with a minor in public policy, approved of the decision. "I think it was definitely the right decision as someone who is back home in Nebraska and has other focuses in life besides school right now,” she said in a phone interview Monday. “This is a good way to get major requirements filled while not stressing about your GPA.”

Ahmann returned last week to Lincoln, Neb., where her parents live. They were in the process of closing on a home purchase when she unexpectedly moved back from school. Ahmann is taking classes online from a couch in an Airbnb where the family is currently staying.

The change to pass-fail grading comes with challenges. Varsha Sarveshwar, a UC Berkeley senior majoring in political science and president of the system-wide University of California Student Association, said she’s heard from students who are worried about the impact on their graduate-school applications. “I think much of this will get clarified over time,” she wrote in an e-mail to The Chronicle. Sarveshwar added, “Students are broadly supportive of measures that make grading this spring more lenient. UC Berkeley’s rigorous curriculum cannot be quickly shifted to online instruction and then graded normally.”

More than a dozen four-year universities in the U.S. are expanding pass-fail options because of the coronavirus crisis, according to Insidehighered.com. Duke University in Durham, N.C., is among those schools, the website said. UC Berkeley officials said the Academic Senate approved the shift “in response to the unusual and challenging circumstances instructors and students are presently facing, and the additional challenges that might lay ahead due to the COVID-19 pandemic.”

Other UC campuses are still weighing whether to follow Berkeley’s lead on grading policy for the spring semester or quarter. “Given the flexibility delegated to campuses, we do not have a single systemwide directive on grading,” said Kum-Kum Bhavnani, chair of the UC Academic Senate, told The Chronicle. “We leave it to campuses to implement as best fit the needs of their particular campus.”

Michael Uhlenkamp, a spokesman for the California State University system, said none of the Cal State campuses have moved to pass-fail grading for the spring semester.

Note: While teaching with Zoom poses problems, giving exams is much more of an issue. Basically, exams cannot really be proctored, particularly for large enrollment courses.
Posted by California Policy Issues at 6:47 AM