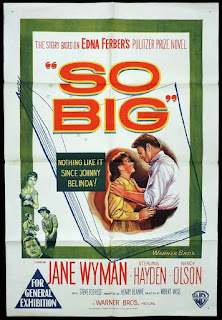 USA Today lists the University of California as the largest employer in the state with over 227,000 employees.* But this figure is a bit misleading. A number of other states shown have their public universities listed as number 1 in the same article, as you can see for Colorado on the same chart (below).

On a full-time equivalent (FTE) basis, UC has something over 109,000 employees, which puts it behind the State of California (other than higher ed) with about twice that total.** UC (like other public universities) use many part-timers, including student TAs and RAs, and part-time teaching staff. Public universities with hospitals - such as UC - use many part-time personnel for that function. (Hospital chains show up as the largest employer in some of the states in the USA Today article.)

Of course, part-timers are used by other public and private employers. But universities are especially intensive in their usage. 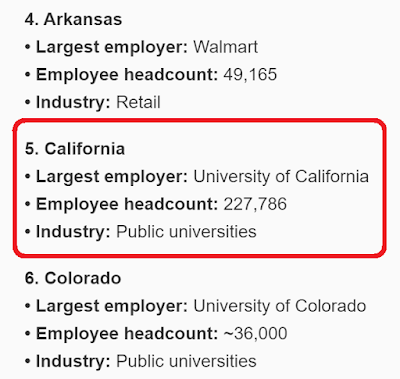