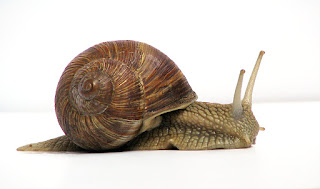 Turning over all of the emails exchanged between three UCLA coaches and five people indicted by federal prosecutors for conspiring to defraud top-ranked universities will take 103 days, UCLA record-keepers say.

A week after the U.S. attorney’s office in Massachusetts charged 50 people in an alleged conspiracy to tamper with college entrance exams and bypass admissions offices with an athletic recruiting scam, The Times made a public records request for any emails and text messages exchanged between three UCLA coaches and five people implicated in the scheme, along with an employee of Cal State Fullerton.

UCLA record-keepers said that compiling those emails and texts is a “lengthy, time-consuming process,” and the records won’t be turned over until June 30.

Salcedo was indicted on a racketeering charge and has since resigned. He has pleaded not guilty.

As public employees, correspondence from the coaches’ university email accounts and phones can be requested under the California Public Records Act.

Salcedo is accused of accepting $200,000 in bribes from William “Rick” Singer, a Newport Beach college admissions consultant who has admitted to masterminding the schemes to rig entrance exams and pass off the children of his clients as recruited athletes. A couple paid Singer $250,000 to ensure their daughter was admitted to UCLA as a recruited soccer player, despite never having played the sport competitively, prosecutors allege. The daughter, Lauren Isackson, was on the UCLA women’s soccer team roster for the 2017 season.

Cromwell and Walters have not been accused of wrongdoing. An indictment unsealed last month said Salcedo forwarded an athletic profile for Isackson, replete with bogus accolades, to an unnamed UCLA women’s soccer coach.

In a public records request dated March 19, The Times asked for any emails and texts exchanged in the last six years by Salcedo, Cromwell and Walters and five people charged in the alleged conspiracy: Singer, the scheme’s admitted mastermind; Steven Masera, who allegedly paid off coaches as Singer’s bookkeeper; Laura Janke, a former USC soccer coach who allegedly crafted bogus athletic profiles for the children of Singer’s clients; Ali Khoroshahin, another former USC soccer coach accused of arranging payoffs to university coaches; and Mikaela Sanford, an employee of Singer’s who allegedly helped craft the fake profiles.

Singer has pleaded guilty to four felonies and will be sentenced in June. Salcedo, Masera, Janke, Khoroshahin and Sanford have all pleaded not guilty.

Brown was not accused of any wrongdoing. Singer’s foundation had donated to a business purportedly affiliated with Cal State Fullerton’s soccer program, but a university spokesman later clarified that the business had no relationship with the university, the soccer program or Brown.

Cal State Fullerton has filled a similar public records request for emails and texts between Brown and six people implicated in the recruiting scheme.

The Times also requested declarations of outside financial interests for Salcedo and Cromwell. Salcedo accepted the $200,000 bribe through a sports marketing company he controlled, prosecutors allege.

In explaining why the university needs more than three months to turn over the records, Ayse Donmez, an assistant manager within UCLA’s Information Practices office, said the school is tasked with “a great many” requests with limited staff to handle them, and that every email and text message must be vetted to be sure the university isn’t violating legal privileges in disclosing them.

Personal information in the emails and texts must be redacted as well, she added.

UCLA officials expressed shock and anger when Salcedo was arrested March 12, saying that if the allegations proved true, “they represent a grave departure from the ethical standards we set for ourselves and the people who work here.”

But a 2014 internal report, obtained by The Times, showed UCLA was aware of under-qualified athletes being admitted in exchange for donations.

William Cormier, who headed UCLA’s compliance office at the time, said an investigation into a young woman who, despite subpar times, was admitted as a recruited runner once her parents pledged $100,000 to the athletic department “removes any reasonable doubt that the contribution from the parents was obtained quid pro quo for the daughter’s admission.”

In a statement, the university said it quickly investigated the matter and, after deciding four coaches had violated school policy, adopted new safeguards to vet walk-ons and restricted donations from families of athletic prospects. It pointed out that, unlike Salcedo’s alleged criminal activity, the coaches found to have broken policy were not personally enriched by the donations.

“UCLA took this matter seriously and strengthened its policies in the wake of it,” the statement said.

No rush. Take your time: