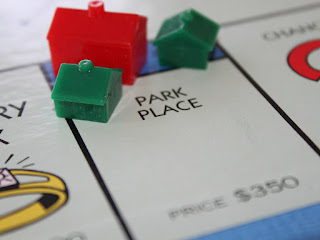 East Bay Times: Half a century ago, Berkeley activists seized a chunk of a three-acre dirt lot where the University of California planned to build dorms and declared it a park for all people.

“The university has no right to create ugliness as a way of life. We will show up on Sunday and we will clear one-third of the lot and do with it whatever our fantasy pleases,” read a 1969 ad in Berkeley’s radical underground newspaper, the Berkeley Barb. It was signed “Robin Hood’s Park Commissioner.”

On cue, a group of activists showed up at the lot on April 20 and began planting trees and flowers. They served food and hosted a concert headlined by the rock band Joy of Cooking, kicking off a litany of political and historical events over the following decades at what widely became known as “People’s Park.”

Although the old stage remains, the music and anti-war speeches that once fired up crowds of rebels, idealists and weekend hippies have long faded into local lore. People’s Park has morphed into a napping spot for the homeless, a crime hot spot that today’s students mostly avoid.

But now the university is back, with another dorm plan.

UC Berkeley Chancellor Carol Christ last year unveiled a proposal to build dorms at the park for about 1,000 students, part of her plan to add 7,500 campus housing units by 2028, double today’s total.  A 2017 survey found that demand for campus housing far exceeds supply, and 10 percent of students went homeless at some point during their studies.

This time, however, the university is also planning to partner with a nonprofit developer to build apartments for 75 to 125 homeless people in the dorm complex...


The development proposal must be approved by UC’s Board of Regents. University spokesman Dan Mogulof said it likely won’t be presented to the board until next year, although public meetings will be held before then to solicit feedback.
If all goes well, construction of the dorms will start in 2021, Mogulof said...
Full story with history at https://www.eastbaytimes.com/2019/04/27/peoples-park-from-student-protests-to-student-housing/
Posted by California Policy Issues at 8:31 AM