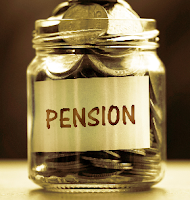 A bill in the legislature previously submitted to discourage "offshoring" of currently-internal UC work has been modified instead to discourage the opt-out element in the UC pension as it applies to new hires. New hires may opt out of the traditional defined-benefit (DB) pension into a defined-contribution (DC) plan, essentially a tax-favored savings account. The bill bans outside contracts to manage such a DC-only plan. It is unclear that such a ban would prevent UC from operating such a DC-only plan using internal personnel, however. The bill seems to ban contracts beginning in January 1, 2015. It is unclear what that pre-2019 date means. Presumably, any such pre-existing contracts could not be voided retroactively. (The date could be a drafting error.)

An act to amend the heading of Chapter 3.9 (commencing with Section 12147) of Part 2 of Division 2 of, and to add Section 12148 to, the Public Contract Code, relating to the University of California.

BILL TEXT: THE PEOPLE OF THE STATE OF CALIFORNIA DO ENACT AS FOLLOWS:

SECTION 1. The heading of Chapter 3.9 (commencing with Section 12147) of Part 2 of Division 2 of the Public Contract Code is amended to read:
CHAPTER  3.9. University of California and California State University Contracts
SEC. 2. Section 12148 is added to the Public Contract Code, to read:
12148. (a) The University of California shall not enter into a contract for services with an asset manager for a defined contribution plan if that plan is a stand-alone optional plan that is not a complement to a defined benefit pension plan. This prohibition shall not apply to a defined contribution plan that is offered as a complement to a defined benefit pension plan.
(b) This section shall apply to a contract entered into on or after January 1, 2015.

Some discussion of the bill is available at:
https://cucfa.org/2019/04/our-letter-in-support-of-sb-715/
Posted by California Policy Issues at 8:55 AM