Up to the line on admissions? 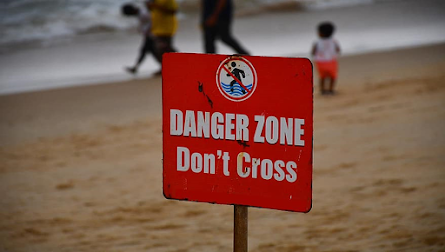 Although the original article on which the item below is based probably over-sensationalized the story, it seems unlikely that whatever was going on crossed some line. However, what happened seems to have tiptoed close to the danger line, closer than desirable given recent genuine admissions scandals and concerns about such matters by the Regents and others:

An Extra Edge for Wealthy Chinese? Two University of California campuses accused of going too far to recruit Chinese applicants.

Two University of California campuses - Irvine and Riverside - have for several years provided extra help to students who enroll at an elite high school in China, according to an article in Insider.* The two campuses offered "specially tailored summer programs, a written pledge to work with students so they'd be competitive applicants for admission, special permission to apply [to the university] even after the university deadline had passed, and - at least according to one local school official in California who worked closely with the Chinese school - guaranteed admission to UC Riverside for all graduates," the article says.

The high school, called the Pegasus California School, "guaranteed parents, in writing, that every graduate would gain admission to one of the top 100 U.S. universities," the article says. The universities' representatives told Inside Higher Ed there may be a problem with how their arrangement is described to potential and actual students of the high school, but they insisted that they have never promised admission to students across the board at Pegasus California School, or at any other high school. According to the article, Daniel Aldrich, a retired staffer who previously worked in the office of the University of California president, worked simultaneously for both UC Irvine and Pegasus.

"Records show that Aldrich contacted UC campuses on behalf of Pegasus, and he also supplied UC Irvine officials with a list of Pegasus students interested in attending the university, so those staffers could monitor the students' progress through the admissions cycle," the article says. Aldrich told Insider that Pegasus's arrangement with UC campuses "produced quality students, and we look for quality students in the University of California."

The article also includes copies of emails from Pegasus officials to their college counselors, saying, "These kids need to go to their top universities. We need to… get some of these kids at least accepted in Ivy League schools. Accepted, not necessarily that they go there. We imagine our next 16-28 will go to UCI (or comparable)." Other education officials in the United States also believed that Pegasus students were guaranteed admission to the University of California campuses, the article states.

According to minutes of the board meeting of the Val Verde Unified School District, in California, Superintendent Michael McCormick described the relationship this way: "Essentially what this means is that UCR and Pegasus will have an agreement to exchange professors and students. What UCR has agreed is that every student that graduates from Pegasus will have admission to UCR." Tom Vasich, a spokesman for Irvine, told Inside Higher Ed, "Obviously, some people involved with Pegasus embellished their association with UCI."

"Any arrangements or interactions UCI has had with the Pegasus California School are no different than those available to other high schools," he added. "We never have had any special arrangements with them, and we never guaranteed admission to any its students who applied (nor would we ever)." Vasich said UC Irvine does have a “summer program tailored for Pegasus students.” He added, "That’s true. But the Insider reporter did not include that this was part of a continuing education effort to provide custom programs to international schools as part of its international programs effort. Pegasus is among the institutions that have paid for this custom programming." ...