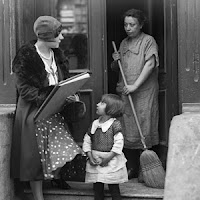 California and other states are challenging the decision to add a citizenship question to the 2020 Census of Population. The fear is that it would lead to an undercount in states such as California which have large immigrant populations, thus causing loss of congressional representation, electoral college votes, and various federal funds sources.

A U.S. Bureau of the Census study now says the citizen question is likely to harm an accurate count:

Email ThisBlogThis!Share to TwitterShare to FacebookShare to Pinterest
Labels: politics