OK, But Not Too Close 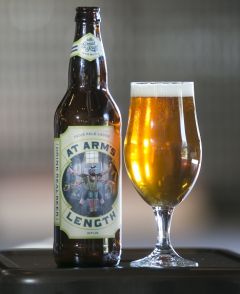 
University of California President Janet Napolitano took the helm of the nation’s top public research university five years ago as a tough and seasoned politician and former Cabinet member in the Obama administration. Her take-charge style and ambitions to make a mark startled some campus leaders accustomed to more low-key academics. But their sentiments were not always communicated to the top — and when the state auditor tried to assess campus views in a review of Napolitano’s office published last year, two of the president’s aides tampered with the surveys. The interference sparked a political uproar and prompted Napolitano to apologize publicly.

Now campus leaders have spoken up — and say they want more autonomy from Napolitano’s office even as they value many of the systemwide services it provides. Their opinions are expressed in a new study obtained by The Times that was commissioned by the UC Board of Regents after the audit interference fiasco. Consultants with Sjoberg Evashenk Consulting Inc. interviewed 74 senior campus leaders, including all 10 chancellors, to gauge their views of the services and programs provided by the UC Office of the President, often referred to as UCOP.

The study found widespread support for the vast majority of systemwide services, such as legal counsel, government relations, employee benefits and the retirement system. One longtime chancellor said the breadth of support for the president’s office is greater today than a decade ago, when a poll of campus leaders showed more dissatisfaction.

They just want to be left alone:
Posted by California Policy Issues at 10:13 AM