While we wait for the governor's May Revise to be unveiled today... 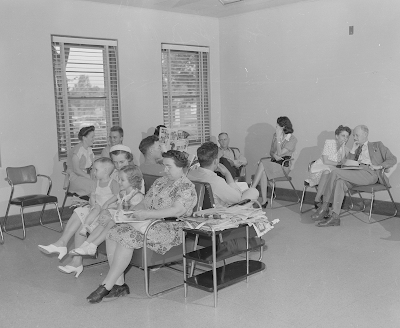 and wait to see what clues there are about what happened at the Committee of Two, here's something to consider from Zócalo Public Square:

As its official budgeteers measure it, the University of California has a $27 billion operating budget—of which a little under $3 billion comes from the general fund of the state. Each of those state dollars is roughly matched by a tuition and fee dollar from students. You can argue about the accounting. You can complain that the books should be rearranged to show more detail. You can hold legislative hearings. You can demonstrate at Regents meetings. You can demand more “efficiencies.” But it’s hard to get away from the fact that most of the support for the university doesn’t come from the state. The bulk of the budget for UC comes from such sources as research grants, patient revenues in university hospitals, fees for managing the U.S. Department of Energy labs, and a variety of miscellaneous sources.

Understanding the modest ratio of state funding to the university system’s overall budget is important. When you get down to it, the current conflict between the university and the governor over budgets and tuition, dramatic though it may be, deals with a small fraction of the overall cost of running UC. The second fact to appreciate is the budgetary multiplier effect. Apart from any indirect stimulus to the economies near the UC campuses, the state is putting in under $3 billion of funding into UC, and getting $27 billion in direct economic activity out of it.

My guess is that former Governor Pat Brown would not see those issues as key problems. My guess instead is that if former Governor Pat Brown were alive today he would be both proud that folks are still referring to his 1960 Master Plan for Higher Education as a blueprint and disappointed that there was no effort to create a new Master Plan for the world of 2015 and beyond. He would see the key problem as a lack of strategy regarding public higher education in California.

What we have today—instead of a process to develop a new Master Plan—is an ad hoc arrangement known as the “Committee of Two,” consisting of Governor Jerry Brown and UC president Janet Napolitano, who have held much-discussed meetings this spring. The Committee of Two may, or may not, come up with a mutually agreeable budget solution for 2015 to 16. They might even produce a deal that would extend a few years beyond the 2015 to 16 year.

Whether or not the Committee of Two comes up with a deal, it is ultimately the legislature that must enact whatever the state allocates to UC. And the legislature is not represented in the Committee of Two and has no direct voice in it. There is no mechanism for interest groups that have a stake in UC to play a role. Such interest groups are not limited to the faculty, students, and staff of UC, by the way. They include the business and labor communities that play important roles in state policy.

The Committee of Two is limited in its thinking to UC issues. In contrast, the old Master Plan sought to look at higher education in California more generally. It considered what is now the California State University system and the community colleges and tried to carve out roles for each of the three segments. With hindsight, we know that not every element of the old Master Plan was retained. Higher education is certainly not tuition-free, for example, as the plan envisioned. But the Master Plan was an attempt at developing an overarching strategy and public consensus. That is why it still hovers over all California conversations about public higher education. It is hard to imagine—in contrast—that 55 years from now, Californians will still be referring to the Committee of Two.

Why do we have a short-term, non-strategic Committee of Two process rather than a development of a new Master Plan? To be blunt, the sequence of events that produced the Committee of Two is largely a reflection of Jerry Brown and his UC-related hang-ups on such issues as online courses. Traditionally, the Regents have appointed academics as UC presidents, and governors allow them to do their job as they see fit. But after Brown was elected in 2010, unlike his predecessors, he began showing up at Regents meetings and offering personal observations and advice.

For a time, particularly when the governor’s Prop 30 temporary taxes were on the ballot, the Regents politely went along with the governor. They flattered and stroked and humored. Eventually, however, the Regents concluded that what they needed was another politician to head the UC system and protect it from the meddlesome governor. In the end, they selected a former governor, Janet Napolitano, to do the job. The Committee of Two—one governor negotiating with another—was the ultimate result.

We’ll know shortly whether the Committee of Two process “worked,” i.e., whether it produces a budget deal that convinces the Regents that their strategy of hiring a politician to manage Brown was correct. There will be a Regents meeting later this month and a release of the governor’s May Revised budget proposal. But by itself, the narrowly-focused Committee of Two can’t produce a new Master Plan. It can’t produce a higher education strategy for California. It can’t produce the kind of wide consensus needed to back such a strategy.

Pat Brown’s legacy today is largely seen as a major state water project, transportation (expansion of the freeways), and a higher education strategic plan (the Master Plan). Jerry Brown, now in his last term, seems also to be thinking about legacy. He has a water project (the tunnels) and a transportation project (high-speed rail). If he wants to complete the package, he’ll need something more than his personalized Committee of Two. To get to a new Master Plan—a legacy—he would need to back off from personal engagement and open the process to the legislature and key interest groups. And he would need to widen the agenda to encompass all three segments of California higher education. Producing a new Master Plan will take time and political skill. The clock is ticking.
---
Daniel J.B. Mitchell is professor emeritus at the UCLA Anderson School of Management and the Luskin School of Public Affairs. He co-teaches a course at UCLA each winter on California Policy Issues with Michael Dukakis.