More thoughts on the pension deal: Looks like we are paying a price for a non-academic UC prez 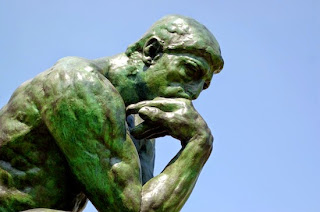 Our prior quick read of the May Revise (and the UC prez's subsequent email that she concurred with the deal) noted that there was a major issue with the pension being capped at $117,020 for new hires. Such a cap will have little impact on UC staff but will matter a lot to the faculty world. Did Napolitano appreciate the consequence to faculty? Basically, the entire UC pension system will have to be revamped, probably into some kind of hybrid defined-benefit/defined contribution system. We may end up with the worst of both worlds.

A major change in the pension system has impacts on such matters as incentives to retire, etc. We may be paying a price for the Regents' choice of a non-academic to be UC prez with this decision. It's doubtful that a traditional academic UC prez would have gone along with such a switch in the retirement system without a whole lot of advance planning and consultation. Were Academic Senate leaders consulted? That issue has yet to be determined. What will they say at the upcoming Regents meeting? We'll soon find out.

It's not just that an academic UC prez would have been sensitive to "shared governance" and all of that. Apart from that issue, we are making a de facto major change in faculty incentives with regard to recruitment, retention, and retirement by imposing a pension cap. Someone coming from academia would appreciate that impact even if he/she didn't put a value on shared governance. There is no budget emergency driving the need for fast action on (yet another) "tier" in the pension. So we hope everyone - including the Academic Senate, the Regents and the UC prez - takes a deep breath and steps back from any hasty decisions.

Below is the official announcement from UCOP indicating that the UC prez is fully in accord with the deal with the guv. We reproduce it in full below in case there are any subsequent revisions on the official website. Note that the pension section does not explicitly mention the cap and just talks of a new tier. Not mentioned in addition is the statement by the state finance director at the news conference on the May Revise that the guv expects to Regents to act quickly on the new pension. So the Regents are expected, in effect, to revamp the retirement system pronto despite the major issues and complications that the cap entails.
---

University of California President Janet Napolitano announced today (May 14) that she and Gov. Jerry Brown have reached a historic agreement that provides UC with significant new revenue while capping resident tuition at its current level for the next two years.

Specifically, the agreement provides for:
In addition, UC will either continue or expand efforts to:
The agreement is contained in the governor’s revised state budget proposal, which now moves to the legislature for deliberations. A final state budget must be approved by next month. The framework will be presented to the UC regents next week.

The $436 million from funds set aside for debt repayment under Proposition 2, the Rainy Day Budget Stabilization Fund Act approved by voters last year, will be used to supplement rather than supplant existing funds.

In exchange for the governor recognizing that the state has an obligation to UC’s pension plan, the university has agreed to adopt a new pension tier by July 1, 2016.

The revised state budget provides UC with a 4 percent increase to its base budget for each of four years beginning in the upcoming fiscal year, or $119.5 million for 2015-16. This represents the addition of two years, as it extends the funding increase through the end of the governor’s term.
UC’s systemwide tuition would remain at $12,192 through 2016-17, which would mean six consecutive years of no tuition increase. Beginning in 2017-18, that rate would rise at least by the rate of inflation, which would allow the university to maintain its robust financial aid program, lower the student-faculty ratio, increase course offerings and student support services, and lessen the time it takes students to graduate.

The approach to professional degree supplemental tuition approved by the regents in November would take effect as planned this fall, although not at UC’s four law schools. While the framework meets the regents’ goals of providing budget stability and predictability, it does not allocate funds for the UC priority of boosting enrollment of California students. The university has been working with legislative leadership on ways to enroll more such students, a critical need given the continuing demand and the predicted shortage of highly skilled workers in the state.

The governor has agreed that he will not oppose additional legislative funding for enrollment or other purposes.

The terms of the agreement between the university and the governor will be presented to the Board of Regents at its May 21 meeting at UC San Francisco’s Mission Bay campus.