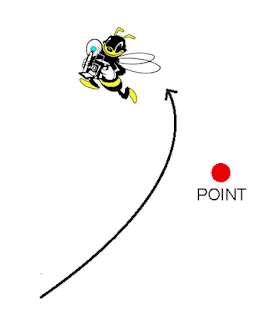 The Sacramento Bee has an editorial generally praising the Committee of Two deal. When it gets to the pension part, we learn 2 things:
1) The Bee thinks the pension cap is just something that has an impact on overpaid UC executives. It has no clue about the implications of the major revamp of the pension system entailed because of the cap that will affect all new hires from low-paid to high-paid.
2) The Bee thinks there is no way around the cap. But the defined contribution door is still open and really there is nothing to prevent special deals on everything in compensation packages except the basic defined benefit pension. At the May Revise news conference, a reporter kept pushing state finance director Cohen on whether there was a way around the cap and Cohen kept carefully responding that the cap was only on the basic defined benefit. But the point escaped the reporter.

...The proposal comes with important conditions, and we hope the UC gets that. For instance, Brown wants to take some $436 million out of the state’s new rainy day fund over the next three years to help pay down the university’s pension liabilities. In return, the UC will have to do some pension reform, which they’ve tried before, wanly. Compared to new state workers, university executives retire in Fat City. Brown and his finance director, Michael Cohen, were adamant that there will be no wiggle room this time, not even for top hiring prospects. So this aspect of UC’s culture will have to change...

Read more here: http://www.sacbee.com/opinion/editorials/article21009909.html#storylink=cpy
Cohen's remarks are at https://www.youtube.com/watch?v=M0mCkW3wx34 [starts at around minute 4:20] Quote: "We recognize there may need to be add-ons..."

But there is a lesson to be learned. Those folks who negotiated the deal, e.g., Cohen, are aware that the cap is a symbol, not a real money saver. To them, it's an open secret that others can't see. But there is a big cost to this game of symbols.
Posted by California Policy Issues at 11:11 AM