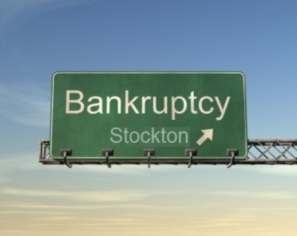 From time to time, there have been suggestions that public employers should test the idea that prior defined-benefit pension promises - such as those made by UC - cannot be undone.  So far in California, all modifications of public pensions have been prospective, i.e, affecting new hires or possibly future accumulations of current workers.

In the case of the ongoing City of Stockton bankruptcy, certain insurers of Stockton bonds - who will suffer losses - challenged whether Stockton should be allowed to declare bankruptcy if it didn't try to undo its existing CalPERS pension liabilities.  CalPERS took the standard position that past liabilities were ironclad obligations. Now a bankruptcy judge has declared that Stockton could legitimately declare municipal bankruptcy without attempting somehow to renegotiate its past pension obligations:

UPDATE: The NY Times has a somewhat different cut on this story:
http://www.nytimes.com/2013/04/02/business/ruling-sets-stage-for-pension-battle-in-bankrupt-city.html

Thank you for sharing. Bankruptcy is a viable option that gives many honest, hard working people a safe alternative and a fresh start. Bankruptcy helps people who may have taken on too much debt, lost a job, went through a divorce, or had uninsured medical bills or other financial problems that have just become too overwhelming, to get back on their feet.