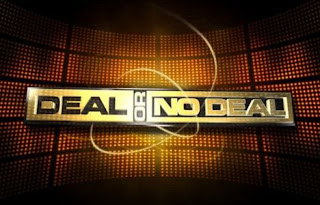 Supposedly, a "framework" for a state budget deal was worked out last week by the "Big-5" (governor + 4 legislative leaders). News reports suggest that public pensions remain a key issue (although the immediate effect of creating a two-tier pension system, etc., on the state budget for this fiscal year is small.) Democrats want the governor to use collective bargaining with state unions to cut a pension deal. The governor wants the legislature to impose a deal. Note that a budget could be passed that on paper assumes the governor bargains a deal with the unions. Whether the governor would go along with that is unknown. See below:

But several contentious items remain, none thornier than the state pension cuts that Schwarzenegger demands be part of the budget package.

The rub? Democrats still insist that Schwarzenegger negotiate any reductions with the labor unions that have not yet struck contract deals. The governor, meanwhile, says lawmakers could impose cuts on their own.

Schwarzenegger and legislative leaders announced Thursday that they had agreed on a "framework" for a budget deal. But they emerged from a 90-minute session Monday without a grand compromise and said they would return today.

Three of the four legislative leaders, including both Republicans, cited pensions as a specific issue dividing the leaders...