DB for Campus Police (Only)? 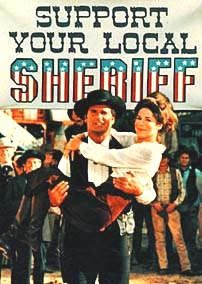 It's unclear what the election of either gubernatorial candidate would mean for upcoming changes in the UC pension system. As previous posts have noted, UC would be well advised to have its plan in place before the new governor takes office in early January.

We could end up with the defined-benefit (DB) plan only for campus police if we wait and are swept into some statewide public pension reform, according to the item below from an LA Times blog:

Not all public-employee pensions are created equal -- at least not in the eyes of Meg Whitman.

Republican gubernatorial nominee Meg Whitman has made reforming public-employee pensions a centerpiece of her campaign. But Whitman's campaign says that two-tiered pension plan does not apply to police, firefighters and other state law-enforcement officers.

"New government employees, not public safety employees but new government employees beyond the public-safety realm, are going to have to come on under a different deal," Whitman said at a campaign event earlier this year. "They're going to have to come in under a 401(k) program, what we call a defined contribution program, as opposed to a defined benefit program, and this will get us a long way home towards reducing this huge unfunded pension liability."

That distinction between public-safety workers and all other state employees is reaping benefits. Last week, Whitman secured the endorsement of the California Statewide Law Enforcement Assn. The association's president, Alan Barcelona, cited in a new release last week Whitman's stance on pensions as a major reason for the endorsement.

"Her early embrace of the anti-public-employee rhetoric and proposal for 401(k)s as a panacea for what ails the state's retirement obligations concerned us deeply. But her famous talent for being a quick study has tempered that to where she now understands that public employees are not one lumpen mass, but that some, like our members, pin on badges, put out fires, answer 911 calls, and investigate and inspect the worst of crimes. She informed the CSLEA Board that she now sees the value in keeping defined-benefits retirement for public safety employees."

Barcelona also cited Brown's vows to revamp pensions -- and his failure to distinguish between law enforcement and other state employees -- as a reason for backing Whitman. "Jerry Brown said ... that if elected governor he would have to 'do things that labor doesn't like,' including cutting pension benefits for employees and asking labor leaders to put everything on the table," Barcelona wrote. "He cannot be unaware of the pension reforms currently underway, so why strike the pose of wanting to punitively beat more out of us while claiming to be our friend?"

Full article at http://latimesblogs.latimes.com/california-politics/2010/09/whitman-says-penion-reform-calls-dont-apply-to-police-firefighters.html
Posted by California Policy Issues at 6:51 AM