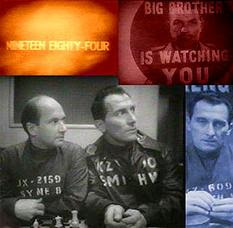 As is well known, state salaries are posted on websites available from such sources as the Sacramento Bee. You can go to the Bee website and find salary by name of a particular employee, including UC employees.

Last October, I wrote an op ed for UCLA Today asking why the Bee thought it was a good idea to publish state salaries by name which could encourage identity theft or other abuse. The Bee could have alternatively provided the basic information using just job titles, pay distribution charts, etc., that would not identify individuals. See http://www.anderson.ucla.edu/documents/areas/fac/hrob/bee-post.pdf I asked the Bee why it would not choose to publish its own payroll by name of employee. Surely, readers would be curious to know what this or that reporter or columnist earned. There was a back and forth exchange with a Bee editor. Note that the issue was not whether the Bee was legally entitled to publish state salaries by name but whether it was a good idea to do so. (Of course, there is no legal bar to the Bee publishing its own payroll info and it certainly has easy access to the data.)

Those who have been following the City of Bell scandal - see an earlier post if not - know that the state controller has now ordered cities and counties to publish public salary data. There is now such a database for LA City at http://www.contact.lacity.org/controller/lacityp_011220.pdf What is interesting is that it does not identify workers by name. Thus, for example, you can learn at the top of page 522 that there was a "gardener caretaker" working for the City who earned $47,836.08. But the name of that particular gardener is not reported. Thus, if you think it is a scandal for the City of LA to pay that amount to a gardener - either because it is too much or too little - you now have the information you need to be righteously indignant. Or if you are just curious about what a City gardener makes, you have that information. Of course, some top city officials, e.g., the mayor, can be identified by just knowing their titles.

Just an observation.
Posted by UCLA Faculty Association at 12:43 PM