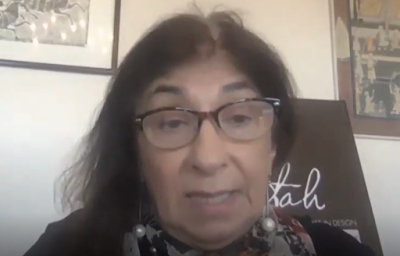 Professor Kum-Kum Bhavnani, the faculty representative to the Regents, expressed "severe and deep disappointment" in the Regents' action last Thursday in modifying the procedures for chancellor selection on campuses to diminish the faculty's role in the process. An article appeared in the Los Angeles Times noting that past Academic Council chairs had written a strong statement protesting the change. As we have previous noted on this blog, the issue was reported to the Governance Committee which endorsed it after hearing of the faculty concerns. The full Board of Regents voted against postponing the changes for discussion at the September meeting, despite Prof. Bhavnani's request. Outgoing UC president Napolitano was among the minority voting to postpone. Having defeated the postponement, the full board then endorsed the changes with one abstention.

We will post a fuller summary of the Thursday afternoon session of the Regents at which these actions occurred tomorrow with the usual audio links. However, a video of Prof. Bhavnani's remarks can be seen below:

or direct to https://www.youtube.com/watch?v=9bbsF9WaPx8
====
For previous posts on this matter, see:
http://uclafacultyassociation.blogspot.com/2020/07/listen-to-afternoon-session-of-regents.html
and
http://uclafacultyassociation.blogspot.com/2020/07/chancellor-selection-issue-to-come-up.html
====
We have noted in prior posts that what appears to be in the background is the ghost of former Governor Jerry Brown who was always distrustful of faculty and - indeed - UC, for personal reasons. It was interesting that it was the pre-Brown appointees who expressed reservations about just rolling ahead and not postponing. The Brown appointees had no reservations and, indeed, one of them - Regent Park - chaired the group that came up with the recommendations.

The Regents are generally reluctant to have split votes. So, in the end after the postponement was defeated, all but one voted to adopt the changes. There was one abstention by Regent Zettel.
Posted by California Policy Issues at 4:31 PM