Listen to the Afternoon Session of the Regents: July 29, 2020 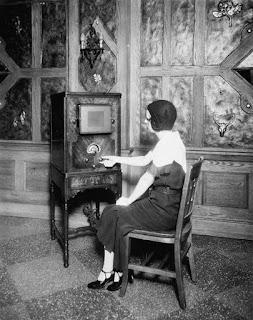 Policing was discussed under the rather bland title of "community safety." Despite the name, which might have encompassed such things as fire and earthquake standards, the focus was entirely on the police. It was pointed out that if there were no UC police, local police would end up doing what the UC police do. However, the discussion never focused on a total abolition of the UC police. Rather, the focus was on alternative forms of crisis intervention (mental health crises), handling of protests, and restorative justice. There was some reference to the different needs of those campuses with health facilities. Finally, the meeting ended somewhat inclusively with a proposal to set up a "working group" to make police policy. There was then some back and forth as to whether policing function and thus whether issues of policiing should be resolved there rather than at the Regental level. Some chancellors, however, suggested that having some broad guidelines systemwide might be a Good Thing. It was unclear at the end what the next step would be.

The Governance Committee's discussion ended up revolving around the LA Times article indicating that many past Academic Council chairs were greatly concerned by the proposal to reduced the role of faculty in selection of chancellors. As we have noted in an earlier post, the ghost of Jerry Brown and his general distrust of faculty and UC, hovered over the session.* Regent Park, who delivered the proposal and defended it, is a Brown appointee. Chair Pérez, after indicating he was annoyed that the letter of the past Council chairs was leaked to the LA Times, indicated some reservation about just rolling ahead given the apparent faculty concerns. Again, as with policing, the matter ended somewhat inconclusively.

The Daily Cal summary which we linked to yesterday covered both the morning and afternoon of July 29th. We have already posted our summary of the morning. But here is the Daily Cal summary again:
https://www.dailycal.org/2020/07/29/uc-board-of-regents-discusses-ucpd-chancellor-selection-process/
===
*http://uclafacultyassociation.blogspot.com/2020/07/chancellor-selection-issue-to-come-up.html
Posted by California Policy Issues at 6:53 AM