Chancellor Selection Issue to Come Up at Regents 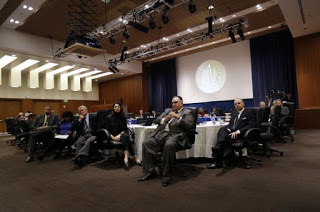 Teresa Watanabe of the LA Times reports on an issue related to a change in the methodology of chancellor selection that will come up later today at the Regents:

In a highly unusual protest, University of California faculty leaders are collectively opposing a proposal to alter the search process for campus chancellors, which they believe will significantly reduce their role and potentially affect the quality of the UC system. Twenty past Academic Senate chairs, who have served since 1994, have signed a letter asking UC Board of Regents members to reject the proposal, which will be debated Wednesday at the board’s online meeting. The Academic Council of current leaders has expressed similar concerns, saying the search process has resulted in diverse and “stellar recent recruitments,” according to a letter by Chair Kum-Kum Bhavnani to outgoing UC President Janet Napolitano.

The last four chancellors hired have been white women to head UC Berkeley and Santa Cruz, a Black male leader at Davis and a Latino at Merced. The other six campus chancellors are men: Asian Americans at Santa Barbara and San Diego and white leaders at UCLA, San Francisco, Irvine and Riverside. Regent Lark Park, chair of the group of five board members who crafted the proposal, said the intent was to improve the process by widening public input, increasing the diversity of candidates and minimizing bias and inefficiencies.

The recommendations, she said in an email, “are fundamentally about being more inclusive. It’s about having better communication, greater efficiency and accountability, and engaging the broader UC community with humility.”

But two of the proposal’s 17 recommendations have sparked a firestorm among faculty. One would move the role of screening candidates from the faculty to an outside search firm. At present, five faculty members of the 17-member search committee assess the qualifications of hundreds of potential candidates submitted by the search firm and others. They then recommend at least five promising candidates to fellow committee members, who include the UC president, board chair, other regents, students, alumni and staff. The president then selects a candidate to recommend for approval by the full board.

The proposal did not clearly explain why screening should be moved to the search firm, but a report commissioned by Park’s group included criticism that faculty could be barriers to diverse searches and too narrowly focused on candidates’ academic credentials, with less focus on other qualities, such as leadership or vision. The report was based on a survey of 36 former members of search committees and more than 40 interviews with people inside and outside of UC.

George Blumenthal, a former UC Santa Cruz chancellor who signed the protest letter as a past Academic Senate chair, said robust faculty involvement was critical to insuring quality and excellence at UC.

“Faculty buy-in is crucial to the success of a chancellor, and any policy change that suggest that the faculty have a lesser role to play in selection will inevitably lead to a lesser faculty investment in the success of an appointee,” the protest letter said.

The proposal also would require the UC president to obtain approval from the search committee’s regents before directly recommending a choice to the full board, as is now the case. That change would “fundamentally undercut the authority of the president in selecting chancellors,” the past Academic Senate chairs wrote.

Faculty members also took umbrage at the working group’s report, saying the methodology was flawed and the opinions expressed were off-base...

The proposal to change the chancellor-selection methodology is at:
https://regents.universityofcalifornia.edu/regmeet/july20/g8attach1.pdf

Comment: What is playing out here is the echo of Jerry Brown, who appointed several new Regents. Brown was famously skeptical of UC for complex personal reasons and faculty as an institution in particular. An earlier manifestation this year was the Regents' action in soliciting a research report on use of the SAT/ACT and then ignoring it.
Posted by California Policy Issues at 10:11 AM