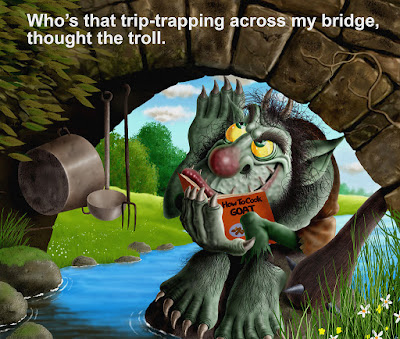 From the Electronic Frontier Foundation (EFF):

Harvard researcher Yarden Katz has just published some fascinating findings on which universities have sold patents to notorious patent-holding company Intellectual Ventures (IV). Of the nearly 30,000 active patents that IV lists publicly, 470 of them were originally assigned to universities—a total of 61 institutions.
Katz explains how he arrived at these numbers:

How many of IV’s patents came from universities?

To answer this, I have scraped the names of the original assignees for each of the U.S. patents in the portfolio from patent records (see annotated patents list). The analysis shows that nearly 500 of IV’s patents originally belonged to universities, including state schools. 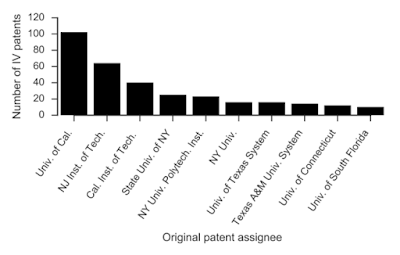 Katz found some other surprises in IV’s portfolio, including nearly 100 patents from the U.S. Navy.

If you know nothing else about patent trolls, you’ve still probably heard the name Intellectual Ventures before. IV is one of the largest patent trolls in the world and has been behind many of the most egregious cases of litigation abuse. Earlier this year, we wrote about IV suing a florist over its patent on crew assignments. For many years, it has tried to cultivate relationships with American universities so it can add their patents to its portfolio.

As we’ve discussed here before, over 100 universities have endorsed a set of principles for university patenting practices. Among other points, it suggests that universities should require that licensees “operate under a business model that encourages commercialization and does not rely primarily on threats of infringement litigation to generate revenue.” Unfortunately, a number of those institutions appear not to be living up to this principle.

Both the University of California and Caltech signed the 2007 statement, yet IV now owns tens of patents from these schools that were filed after 2007. For instance, the IV portfolio includes a Caltech patent filed in 2010 (granted in 2011) and University of California patent filed in 2008 (granted in 2014). Other universities that signed the statement, such as Stanford, Harvard and MIT, did not have patents in the portfolio.

Along with a coalition of users’ rights organizations, EFF recently launched a campaign asking universities to sign a pledge that they won’t sell or license patents to trolls.

When universities sell patents to trolls, it directly undermines the role that they play as engines of innovation: the more patents trolls hold in a certain area of technology, the more dangerous that field is for innovators. The licensing decisions that universities make today will strengthen or sabotage the next generation of inventors. That’s why we encourage everyone to speak out: students, faculty, alumni, parents, and community members. These policies affect all of us...

Trolls can be a problem:

Email ThisBlogThis!Share to TwitterShare to FacebookShare to Pinterest
Labels: CalTech, NYU, SUNY, Texas A and M, U of Connecticut, U of Texas, UC

Is there any breakdown of the UC patents by campus? I wonder if all the campuses are feeding the troll, or just one campus has been violating policy and common sense.