Who is going to clean up this mess?

A lawsuit filed against the University of California raises the extraordinary question of whether UC’s efforts to hold the former dean of one of the nation’s top-ranked law schools accountable for violating its sexual harassment policy are, in fact, illegal. The claim comes from Sujit Choudhry, a tenured law professor who resigned as dean of the UC Berkeley School of Law on March 10, two days after his former assistant claimed in her own lawsuit that he hugged, kissed and touched her repeatedly against her wishes in 2014 and 2015 and that campus officials did nothing to stop it.

Campus investigators had already determined in July 2015 that Choudhry violated UC’s sexual harassment policy. As punishment, UC Berkeley officials temporarily reduced his pay by 10 percent — from $415,000 to $373,500 — and ordered him to apologize and seek counseling. That punishment was too light, UC President Janet Napolitano decided in March when she learned of the case — the latest in a string of high-profile sexual harassment incidents at UC Berkeley. Anger had reached a boiling point among students, faculty and the public over what critics saw as the school’s long tolerance of offensive behavior. Similar cases had made news across the country, creating a public perception that campuses willing to strongly discipline sexual harassers were good institutions, while those that did too little were not.

Choudhry’s lawsuit, filed Sept. 15 in U.S. District Court in San Francisco, claims that Napolitano’s motivation for stepping up the discipline against him was partly to “try to improve the university’s image, as well as her own.” The day after Choudhry resigned, Napolitano wrote to campus Chancellor Nicholas Dirks. She demanded that Choudhry be barred from campus for the rest of the spring term and ordered that the UC Berkeley Academic Senate determine whether his tenure should be revoked. The final decision is up to the UC Board of Regents, which has revoked tenure from just two Berkeley professors in 25 years.

Choudhry claims in his lawsuit that the Academic Senate is biased against him, noting that after he was sued by his former assistant, Tyann Sorrell, the Senate gave her an award for outstanding service. Choudhry returned to campus this semester but was given no classes to teach. He is seeking an injunction to stop the Senate’s disciplinary proceedings, and unspecified monetary damages. He argues that the university is singling him out for a second round of discipline because of his “race, color and national origin.” Choudhry, 46, is a Canadian citizen of Indian descent.

The suit claims he is being treated more harshly than two other UC Berkeley employees who also were embroiled in sexual harassment scandals last year: Graham Fleming, a former vice chancellor who remains a tenured chemistry professor, and Geoffrey Marcy, an internationally known astronomy professor who quit under pressure last October. Both are white. Some legal experts say Choudhry may well have a case. 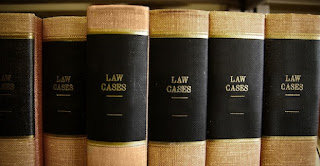 “It smacks of double jeopardy,” said Bill Gould, a former chairman of the National Labor Relations Board who taught labor law for 42 years at Stanford University until 2014. He now chairs the California Agricultural Labor Relations Board. Gould pointed to the case of Ray Rice, an NFL running back who faced domestic violence charges in 2014 for knocking his fiancee unconscious in an Atlantic City casino elevator — an incident captured on video. The NFL punished Rice with a two-game suspension. When a second video surfaced revealing more details of the attack, the NFL made the suspension indefinite.

Rice, like Choudhry, argued that a second punishment for the same offense was illegal. In November 2014, arbitrator Barbara Jones, a former federal judge, agreed with Rice and overturned the second suspension. Public criticism poured in — not of Jones, but of NFL Commissioner Roger Goodell for not punishing Rice more severely in the first place. Choudhry’s argument that he is being punished twice “may well be the strong part of his case,” Gould said.

In court papers filed Thursday, UC lawyers say the second punishment is allowed because university policies “expressly allow disciplinary proceedings (against faculty) even after administrative actions have been taken” against the faculty member as a dean. Even if Choudhry wins, his victory could prove hollow, said Stanford law Professor Deborah Rhode, who called the former dean’s effort “career suicidal.”

“What is he thinking?” she asked. “Already his conduct is going to make him a pariah in many law school contexts — and this just fuels the flames.”

Sorrell says in her lawsuit that shortly after Choudhry became dean in July 2014, he began giving her bear hugs, kissing her on the cheek or caressing her multiple times a day. In January 2015, she says, he took her hands, put them on his waist and rubbed them while kissing her cheek. Her suit, which seeks unspecified damages from Choudhry and the regents, says she is a former victim of sexual and domestic abuse and was afraid to tell Choudhry to stop. She worried about losing her job and upsetting her boss because he “had a temper and was known for berating” employees. But she dreaded coming to work and eventually reported the matter. Sorrell has been on leave for more than a year.

Choudhry’s suit claims “no one has ever suggested that (his) conduct was sexually motivated or predatory.” He contrasts that with university findings against former Vice Chancellor Fleming and astronomer Marcy, neither of whom was barred from campus or sent before the Academic Senate’s tenure committee. Choudhry says that’s because Fleming and Marcy are white U.S. citizens, and he is neither. “Is the claim of racial discrimination valid? It may be. Absolutely we see a pattern where men of color are held to higher standards,” said Wendy Leo Moore, author of “Reproducing Racism: White Space, Elite Law Schools, and Racial Inequality.”
The second, stronger punishment against Choudhry “looks arbitrary,” said Moore, an attorney who teaches law and race theory at Texas A&M University. Napolitano “didn’t go back to the white men.”

But other attorneys said Choudhry will need to prove that Napolitano’s action was motivated by bias. “Just the allegation that here’s two other guys who are white and didn’t get the same penalty — you’re going to have to have more than that,” said Michele Dauber, a Stanford law professor who helped revise her university’s policy on sexual assault and is leading an effort to recall the judge who handed a relatively light sentence to ex-student Brock Turner after he sexually assaulted an unconscious woman. Besides, she said, “Mr. Marcy did lose tenure” because he quit under pressure.
In June 2015, a campus investigation determined that the astronomer sexually harassed female students for nearly 10 years. Marcy, whose planet-hunting success made him a Nobel Prize contender, was let off with a warning. But after Buzzfeed broke the story, astronomers around the world campaigned for his resignation.

Fleming resigned under protest from his vice chancellor job in April 2015, six months after UC attorneys found he had most likely touched his assistant’s breasts, kissed her neck and said he wanted to “molest” her. Since resigning, Fleming “has not faced any further discipline or a second, duplicative investigation,” Choudhry’s suit says.

Legal experts say that is only partly true. After Fleming stepped down, Dirks gave him a new executive job with UC Berkeley’s planned Global Campus in Richmond at his vice chancellor’s rate of pay. Nearly a year later, in the same March 11 letter in which she laid out Choudhry’s new punishment, Napolitano ordered Fleming removed from that job.

Fleming returned to the chemistry department and, like Choudhry, has been given no classes.
UC’s court papers say that Choudhry “utterly disregards the harm he inflicted” on his former assistant Sorrell, so the court should not halt disciplinary proceedings against him. “Preventing UC from disciplining Choudhry would potentially expose students, faculty and staff to a harassing and hostile environment,” the university says. The next court hearing is set for Nov. 3.