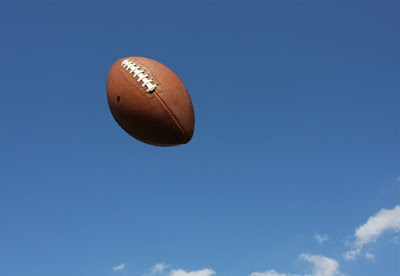 The article below refers to a ruling by the National Labor Relations Board (NLRB) which covers the private sector (including private universities). UC is not covered by the NLRB but instead is covered by the state Public Employment Relations Board (PERB). PERB is not obligated to follow what the NLRB does but the state statute that covers UC has similar language to the statute enforced by the NLRB. So PERB might take a similar view.

In an unprecedented foray into college sports, the National Labor Relations Board general counsel has declared that Northwestern University must eliminate "unlawful" rules governing football players and allow them greater freedom to express themselves. The ruling, which referred to players as employees, found that they must be freely allowed to post on social media, discuss issues of their health and safety, and speak with the media.

The new rules could apply to the football programs at the 16 other private universities that play in the FBS, including schools such as Notre Dame, Stanford and Baylor -- but not public universities. As the nation's top labor agency, the NLRB governs relations between private employers and their employees, so it has no power over public schools. Its findings on Northwestern became public on Friday.

The ruling does not have force of law on the private schools, but if anyone raised a complaint, the result would likely be similar to the Northwestern case. Coaches and administrators there are no longer able to ban players from posting on social media -- as some high-profile programs have done -- or even regulate what they say. And whereas Northwestern once barred players from talking to any media not approved by the school, it is no longer allowed to do so.

In addition to granting players greater freedoms, the NLRB ruling will offer athletes a clear path to bring their issues before an independent agency outside of the organizations that have historically governed college athletics -- the universities, the conferences and the NCAA.

So while this ruling did not address compensation for athletes, someone could now file a charge with the NLRB asserting that failing to pay players constitutes an unfair labor practice. After all, if the NLRB -- which is led by a five-person board and a general counsel, all appointed by the president -- declared that close monitoring of social media is an unfair labor practice, it is an open question how it would view failure to pay players. Until now, the issue has been contested only in antitrust courts.

The action against Northwestern came in a highly unusual proceeding. It stemmed from a charge filed in August 2015 against the school by David Rosenfeld, an activist labor lawyer with the firm of Weinberg Roger & Rosenfeld in Alameda, California, and echoed the 2014 attempt by Northwestern players to form a union. Rosenfeld alleged that Northwestern was guilty of "unfair labor practices" in its treatment of football players.

Rosenfeld, who had no previous connection with Northwestern, relied on a provision of American labor law that allows anyone, anywhere, to bring unfair treatment of employees to the attention of the NLRB for remedial action. By the same token, if someone were to challenge the NCAA's compensation rules, it would not need to be a player -- it could be anyone.

In response to Rosenfeld's charge, the NLRB issued an "advice memorandum" late last month that described the Northwestern team rules as "unlawfully overbroad." The memorandum was made public last week after ESPN.com filed a freedom of information request for the material.

The jumping off point for Rosenfeld's filing was a decision in 2014 by the NLRB Regional Administrator in Chicago, Peter Ohr, that Northwestern players were employees. Northwestern vigorously disputed the idea at the time and appealed Ohr's decision to the five members of the NLRB.

During the course of the appeal, most of the private universities that would be affected joined Northwestern's effort. They succeeded in obtaining a ruling from the NLRB board members that the agency would not enter into the world of college sports. The board said it did not make sense for the NLRB to take jurisdiction over a potential Northwestern players union since it was the only private school in the Big Ten. It would be chaos, the board reasoned, if Northwestern was governed by the NLRB and the other schools were governed by the laws of New Jersey, Pennsylvania, Ohio, Michigan, Wisconsin, Indiana, Illinois, Iowa and Nebraska.

But even as the NLRB refused to take jurisdiction over the situation, Ohr's decision that the players were employees remained untouched and in effect. In the memorandum made public last week, an associate general counsel of the NLRB stated in a footnote that he "assume(d) that Northwestern's scholarship football players are statutory employees."

Northwestern, in a written statement from vice president for university relations Alan K. Cubbage to ESPN.com, stated that the school "disputes the General Counsel's assumption" that Northwestern's athletes are employees and asserted that they "are students, first and foremost."

In his charge of unfair treatment of employees, Rosenfeld cited the Northwestern team handbook that was a critical exhibit in the 2014 hearing. The handbook includes rules governing the daily lives of the players and makes clear that they would be closely supervised by coaches.

"I obtained the handbook from the NLRB with a Freedom of Information Act request and located the provisions that were unfair labor practices," Rosenfeld told ESPN.com.

The provisions cited by Rosenfeld and found to be "unlawful" included coaches' monitoring of players' social media use and bans on discussion of "any aspects of the team ... with anyone," discussing individual grievances with fellow team members or "third parties," including lawyers and union representatives, and all contacts with the media unless they were arranged by the "athletic communications office."

During the course of the just concluded NLRB proceedings, Northwestern agreed to modify or to eliminate the rules in question. The university's changes and its notice to team members of the new policies resulted in the NLRB dismissing the charge without further hearings or actions. The initial filings by Rosenfeld and Northwestern have not yet been made public.

Under the rule that the NLRB found to be "unlawful," Northwestern coaches and even the university police could "regularly monitor" social media postings made by football players. Former team captain and quarterback Kain Colter, the leader of the players union effort, testified in the NLRB hearing in Chicago early in 2014 that when he posted a photo of himself in Oakley sunglasses that were a gift at a celebrity golf outing, an assistant coach texted him within 10 minutes of the posting that he must remove it. The coach was concerned that the selfie might be construed as an endorsement of Oakley products.

Under the modification offered by Northwestern, the new social media rule provides that postings "can be seen" by Northwestern personnel and cautions against posting "full or partial nudity (of yourself or another) sex, racial or sexual epithets, underage drinking, drugs, weapons or firearms, hazing, harassment, or unlawful activity."

A previous handbook rule on "communications" told players that they must "never discuss any aspects of the team with anyone." Emphasizing the confidentiality of players' physical conditions and planned team strategies, the rule stated, "The team is a family and what takes place on the field, in meetings, or in the locker room stays within this family."

The new rule is limited to a ban on discussion of individual medical conditions and allows players to discuss "on a no-name basis" -- owing to HIPAA, they cannot refer to another player by name -- any "vital health and safety issues impacting themselves, their teammates, and fellow collegiate football players."

Rules governing Northwestern's student-athlete grievance process -- called the "Student-Athlete Rights and Responsibilities (Dispute Resolution Procedure)" in the handbook -- were also deemed unlawful and Northwestern has completely eliminated the procedures. The rules had stated that any "grievance concerning personal rights and relationships" within the team must begin with an appeal to the team's "director of football operations (Cody Cejda), further appeals to Head Coach Pat Fitzgerald and the athletic director, and ultimately a review by Northwestern President Morton O. Schapiro."

The university's elimination of its procedures for player grievances was based on the NLRB's finding that the rule "prohibited discussions with fellow players and third parties concerning workplace grievances."

Another handbook rule told Northwestern players that they "should never agree to an interview (with the media) unless the interview has been arranged by the athletic communications office," and that the players must be "positive when talking about your teammates, coaches and team." Responding to the NLRB's conclusions that the rule was an infringement on player freedoms, Northwestern abandoned the rule, rewriting it to provide that players "may directly speak with members of the media if (they) choose to do so."

In its revised handbook, the school suggested to players that, in interviews, they should "share credit for your success by talking about the contributions of your teammates and use their names." Players were also admonished to remember that "every great running back needs a good offensive line" and "talking about the great work of others shows you have confidence in your own role and the value of your own contributions, so you're not afraid of letting someone else have their moment of glory, too."
Posted by California Policy Issues at 5:41 PM