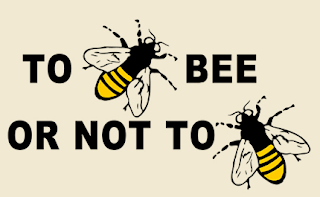 We noted in a previous post* that a local news source in Santa Monica had picked up a story on a conflict between UCLA's Santa Monica Hospital and the neighboring Busy Bee hardware store. Now another local source has noted the story:

October 4, 2016 -- After nearly a century at its Santa Monica locale, the city’s venerable Busy Bee Hardware might face eviction and is hoping for a compromise with its neighbor, UCLA, that will stave off relocation.

But the store has legal troubles these days, and its future in Santa Monica is uncertain.

UCLA is suing Busy Bee in a dispute involving an old wall which was built and is used by Busy Bee. The problem is the wall is actually three feet inside the property line of an adjacent parcel used for parking for UCLA Medical Center, Santa Monica, said Ted Braun, a hospital spokesperson.

Braun said the wall is part of an “unpermitted” extension built by Busy Bee and is structurally unsound and a potential hazard in an earthquake. The lot itself is part of the medical center’s long-range plan for more facilities, he said

On Monday, Laura Hausladen, daughter of Busy Bee’s owner, Don Kidson, said the case is on hold until May 2017 and that the family is trying to remain positive.

She said the property owner, George A. Haine, is a long-time family friend and that she understands that he might sell the site (which Busy Bee leases) to UCLA.

Hausladen said the wall was built about fifty years ago and that no one ever complained about it, including property owners predating UCLA. She said the store's lawyers feel that fact will help the case against UCLA, but that Busy Bee's fate is ultimately out of the family's hands.

“We don’t have a lot of control,” Hausladen said. “We’re hoping some kind of compromise can be reached, maybe a lease of two or three years.”

Hausladen said the family, which has run Busy Bee for generations, hasn’t said much in public, or to its customers, about the issue in hopes it could be quietly resolved.

But news of Busy Bee’s trouble is spreading, and she said that more worried customers are broaching the topic.

“This is one David vs Goliath story we must win,” Phil Brock, a well-known name in Santa Monica civic circles, wrote recently in an opinion piece for a local online news site.

“It’s a store that would feel at home in any small town in America. Luckily for us, it’s in Santa Monica,” Brock said on behalf of Santa Monica Architects for a Responsible Tomorrow (SMa.r.t).

Busy Bee Hardware opened at its present location in 1922. It was bought in 1963 by the Kidson family.

Source: http://santamonicalookout.com/ssm_site/the_lookout/news/News-2016/October-2016/10_04_2016_Busy_Bee_Hardware_in_Struggle_with_UCLA_to_Remain_in_Santa%20Monica.html
---
*http://uclafacultyassociation.blogspot.com/2016/09/bruin-vs-bee.html
Posted by California Policy Issues at 10:23 AM