Glad we're not in this story... 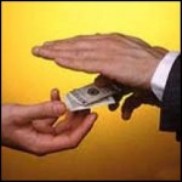 ...but our friends at UC-Berkeley (and USC) are.

NEW YORK/SHANGHAI — A major Chinese education company has paid thousands of dollars in perks or cash to admissions officers at top U.S. universities to help students apply to American schools.

And according to eight former employees of Shanghai-based Dipont Education Management Group, the company’s services didn’t end there.

Six told Reuters that Dipont employees wrote application essays for students. Another said she altered recommendation letters that teachers had written for students. One student was given access to his high school transcript and erased bad grades, one of the former employees said.

Dipont denies the allegations of application fraud but boasts of its special relationship with some 20 U.S. colleges, which include Vanderbilt University, Wellesley College, Tulane University and the University of Virginia. Their admissions officers have visited China since 2014, personally advising Dipont students at an annual summer program on how to successfully apply to U.S. colleges.

“Just once a year, current admissions officers become your exclusive consultants,” an ad from Dipont tells prospective clients. The same ad features a Wellesley student crediting the Dipont program for her early acceptance.

Dipont and an affiliated charity picked up travel expenses for admissions officers attending the program. Some officers have received cash as well – sometimes dispensed in $100 bills, according to emails Reuters reviewed.

Given the prevalence of application fraud in China, the arrangement troubles Philip G. Altbach, founding director of the Center for International Higher Education at Boston College.

“Shame on the admissions people from these top schools who are doing this,” Altbach said.

Dipont’s success in gaining access to leading American colleges underscores how people on both sides of the Pacific are hungry to capitalize on Chinese students’ desire to study in the United States.

Hundreds of thousands of Chinese students are enrolled in U.S. institutions. And hundreds of companies in China have sprung up to cater to these students, charging large sums for services that sometimes include help in cheating on standardized tests and falsifying applications.

A DONATION TO USC

Some American colleges have tried to boost revenue by hiring brokers to recruit international students, who tend to pay full tuition. In Dipont’s case, money goes the other way: A Chinese business is persuading highly selective colleges to counsel clients who are clamoring for admission to top schools.

Dipont’s founder and chief executive, Benson Zhang, said in an interview that “many of the schools, students and overseas colleges consider us one of the most ethical companies in China,” with stringent guidelines for employees.

“If there had been such a case, it had not been reported to me,” Zhang said of the reports of application fraud. “But I guarantee you, if such a complaint comes to my attention, I will deal with it with severity.” He added: “One or two aberrant employees who violate the rules do not indicate company-wide fraud.”

Zhang is also giving $750,000 to a University of Southern California research center that’s creating a program to combat fraud among Chinese applicants to American colleges.

The donation is controversial, too.

Zhang made his contribution to USC through a New York non-profit, the Council for American Culture and Education Inc, or CACE. The organization was set up for Dipont by two U.S. consultants in 2009 as the company began seeking contacts in American academia. Dipont this year began using CACE to pay some of the admissions officers who attend Dipont’s summer programs.

But CACE hasn’t disclosed its ties with Dipont in U.S. and New York State tax filings. That omission could threaten CACE’s tax-exempt status, according to Marcus Owens, former head of the non-profit organizations division of the Internal Revenue Service.

Informed of CACE’s ties to Dipont, the New York Attorney General’s office said it would review the charity. A review could lead to a formal investigation if the attorney general finds evidence the charity violated New York law.

A former Dipont employee tried to warn elite schools about the company. In 2014, Bruce Hammond emailed officials at USC and 10 other American colleges after a group of them traveled at Dipont’s expense to Beijing to discuss the USC project to fight application fraud. The warning was sent to schools including the Massachusetts Institute of Technology, Stanford University, Columbia University and Duke University.

“As I write, images of your recent meeting in Beijing with Dipont leaders and selected school officials are circulating throughout China,” Hammond wrote. The company, he alleged, “is one of the primary architects of the system of fraud and misinformation that pervades the application process to U.S. institutions.”

The USC center said it has been looking into Hammond’s claims about Dipont but defended the company as a “reliable and valuable partner.”

Dipont’s eight-day admissions workshops take place each July in Shanghai. Hundreds of Chinese students pay the company so they can hear U.S. admissions officers discuss what schools seek in applications, learn to write an effective personal essay and possibly land an interview. Dipont touts the access to the big-name participating colleges in its marketing material.

Dipont consultant Robert Clagett, a former dean of admissions at Middlebury College, has been recruiting American admissions officers for the summer programs since 2014. He said that about a quarter to a third of them took the economy flight plus cash honorarium and the rest accepted business-class airfare. He declined to provide a breakdown by school.

Also among the attendees in recent years, according to Clagett, were admissions officers from Claremont McKenna College; Colorado College; Davidson College; Syracuse University; Texas Christian University; and Wesleyan University. Those schools either declined to comment or didn’t respond to requests for comment.

Altbach, who heads the Boston College higher-education research center, said the officers acted improperly by accepting cash or expense reimbursement from a company seeking to place clients in elite colleges. The arrangement is all the more troubling because of the widespread application fraud in China, he said.

“I think getting in bed with the company is problematic no matter how they're being paid,” whether in cash or travel expenses, “because this company is basically a recruitment agency on steroids,” Altbach said. Dipont denies that it acts as an agent.

Some colleges have steered clear. Daniel Grayson, a former admissions officer at Tufts University, says he was invited to the 2014 workshop by Dipont consultant Clagett. Dipont offered him a $6,000 stipend plus airfare and accommodation as remuneration for participating, Grayson said, “and I responded with concerns about Dipont’s reputation and ethical practices and declined the invitation.”

Participating colleges say the arrangements are appropriate and that Dipont students received no special consideration.

Douglas Christiansen, Vanderbilt’s dean of admissions, said one of his admissions officers accepted airfare and expenses to attend a summer workshop but drew a line at taking cash. That would have been improper because the officer was on the job for Vanderbilt, said Christiansen, who is also chair of the trustees of the College Board, owner of the SAT college entrance exam. The SAT has been subject to widespread cheating in China.

Asked about the allegations of application fraud at Dipont, Christiansen said: “It is critical to note that one of the points of the workshop was to communicate the importance of submitting authentic application materials.”

Seth Allen is dean of admissions and financial aid at Pomona College, which has a $2 billion endowment. He said he accepted business-class airfare and expenses in 2015 from Dipont. “We have a limited number of resources to recruit international students,” Allen said.

U.S. admissions officers are allowed to accept travel expenses when visiting American high schools, according to Louis Hirsh, chair of the admissions practices committee of the National Association for College Admission Counseling. They are barred from offering or accepting cash in placing or recruiting American students. But the profession's code does not address a company offering cash or reimbursing expenses for counseling international students, Hirsh said.

Dipont’s advertisements promise students an edge in the admissions game. An ad in Chinese for last year’s summer camp included a plug from a Wellesley student. She attributed her successful application to meeting a Wellesley admissions officer at the summer program. “I was ultimately accepted early by Wellesley, and the camp played a crucial role in that,” she is quoted as saying.

Wellesley confirmed that an admissions officer interviewed a Dipont student at the program. The student was accepted and now attends the college. Joy St. John, Wellesley’s dean of admission, said the employee didn’t accept a cash payment, because “we’re doing work that’s related to our profession,” but did accept business-class airfare.

St. John compared the transaction to accepting travel expense reimbursement from U.S. high schools that invite Wellesley to provide general admissions counseling. Such payments are permitted, according to Hirsh. St. John added that Wellesley decided last year not to participate in Dipont workshops because the company’s marketers filmed a Wellesley admissions officer without permission.

Dipont founder Zhang, the son of farmers, studied electrical engineering in college and earned a scholarship to do graduate work in Australia in the 1980s. The Tiananmen crackdown of 1989 stranded him abroad, and he says he had to drop his studies to earn a living. He launched Dipont as an emigration and visa consulting firm for Chinese students.

Today, Dipont is a major provider of services to Chinese applying to foreign universities. It operates a network of international programs in Chinese high schools with about 2,000 graduates each year. It also offers tutoring for the SAT, college counseling and other “enrichment” services. College counseling alone can cost up to about $32,500 a student. Dipont’s total annual revenue is about $30 million, according to Zhang.

The two Americans who set up CACE, the charity Dipont now uses to pay admissions officers, told Reuters they were employed at the time by Dipont as consultants. They said they created CACE to help the Chinese company gain access to elite U.S. colleges.

“We have felt that having our own non-profit gives us a certain credibility,” said Stephen Gessner, a former CACE director and ex-president of the school board of Shelter Island, New York. “It helped us to recruit colleges.”

Source: http://mobile.nytimes.com/reuters/2016/10/14/sports/14reuters-college-charity-special-report.html
Posted by California Policy Issues at 5:29 AM