A story with legs 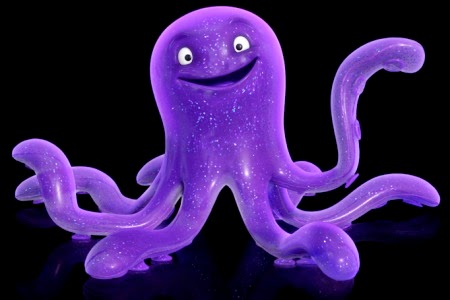 The story of the ill-fated Peevey dinner to raise funds for the public policy school at Berkeley - about which we have previously blogged - seems now to be walking from one newspaper to another. Our most recent post on this affair included an excerpt from the San Diego Union-Tribune.* Now the LA Times has picked it up:

A scandal at the Public Utilities Commission in San Francisco has reached across the bay to UC Berkeley.Money raised by a $250-a-plate retirement dinner for Michael Peevey, the former president of the California Public Utilities Commission, has become too hot to handle for the Goldman School of Public Policy at UC Berkeley. The school was designated as the dinner's charity. But after PUC critics condemned the dinner and criticized the school's role in it, Goldman's dean announced that the school would not accept the contributions generated by the Peevey affair...

We don't want our friends at Berkeley to feel we are picking on them. Just to show our goodwill, we reproduce below a gift to UCLA that had to be turned down amid another scandal.**

---
*http://uclafacultyassociation.blogspot.com/2015/03/the-not-so-happy-ending-to-this-program.html
**From http://uclafacultyassociation.blogspot.com/2014/04/what-happens-when-you-post-too-soon.html
---
UPDATE: The story is also in the San Francisco Chronicle [but you'll need a subscription to read it]:
http://www.sfchronicle.com/bayarea/article/How-dinner-for-ex-PUC-head-Peevey-hit-nerve-at-UC-6166762.php
Try http://www.sfchronicle.com/bayarea/article/How-dinner-for-ex-PUC-head-Peevey-hit-nerve-at-UC-6166762.php?t=bb949d4d9400af33be&cmpid=twitter-premium
Posted by California Policy Issues at 8:13 AM