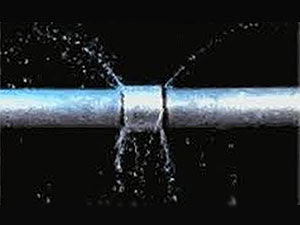 The Sacramento Bee has more detail on the Katehi affair. Its version of events suggests that Katehi would have resigned in a "graceful exit" had not word of her potential firing leaked out:

UC Davis Chancellor Linda P.B. Katehi was in the midst of another redemption effort just one week ago... Then the call came in: UC President Janet Napolitano wanted to see her Monday in her Oakland offices. When she arrived, the message was blunt: resign by day’s end or be fired, according to sources familiar with the meeting. Katehi asked for more time, and was given a reprieve until 10 a.m. Tuesday, sources said.

She hired Sacramento attorney Melinda Guzman and set up a Thursday appointment with UC officials to negotiate a graceful exit from her six-year leadership of the campus, university officials confirmed. Before that meeting took place, however, word of Napolitano’s demand for her resignation leaked out, propelled in part by lawmakers who had been briefed and faculty members supportive of Katehi who heard the rumblings and tried to fend off her ouster... By Wednesday morning, media outlets began reporting Katehi’s future was in doubt. At 11:44 a.m. that day, she sent an email to deans and top managers that quickly spread campus-wide. “This email is to let you know that I am 100 percent committed to serving as Chancellor of UC Davis,” she wrote. Within hours, Katehi was suspended and told she would face an independent probe into allegations that she lied to Napolitano, engaged in nepotism and misused public funds...

Full story at: http://www.sacbee.com/news/investigations/the-public-eye/article74801327.html
Posted by California Policy Issues at 6:18 AM