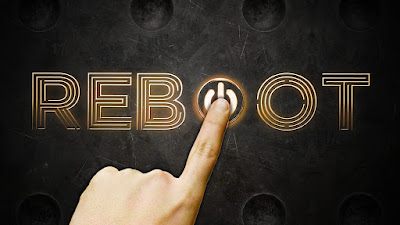 One day after University of California (UC) President Janet Napolitano placed former UC Davis Chancellor Linda P.B. Katehi on a 90-day paid investigative administrative leave, current acting Chancellor Ralph J. Hexter held a press conference to address the news.
The conference, which was held at 2:30 p.m. on the south steps of Mrak Hall, addressed topics such as Hexter’s knowledge of Katehi’s investigation, his plans during the 90-day investigation and his views on Katehi’s alleged violations of UC policy. No students were notified of the press conference aside from student media outlets.
“This is a very unexpected development. It is with a heavy heart that I take on the position as acting chancellor given the circumstances,” Hexter said. “I think Chancellor Katehi is a tremendous leader. She has lifted up the university. It’s a great university. One of her great skills was to send the message internally and abroad that we have so much to be proud of.”In his opening remarks, Hexter affirmed that transparency between administration and students will be his utmost goal during his temporary tenure.
“I certainly want transparency to be one the watch words of what I do,” Hexter said.
Hexter also addressed his lack of knowledge regarding Katehi’s actions during her tenure at UC Davis. Hexter confirmed that last night was the first time he was alerted of Napolitano placing Katehi on leave.
“I am not privy to all the materials that [Napolitano] has or the discussions that she had. I was in many ways disappointed. I am very sorry that our chancellor has had to step down,” Hexter said. “I think Linda Katehi is a fantastic leader. I understood why [Napolitano] feels this is the decision she has to make. In my discussions with the chancellor, I think the chancellor expects only an investigation will clear her name.”
Hexter, who was appointed as provost by Katehi and began his term on Jan. 1, 2011, was previously president of Hampshire College. As provost at UC Davis, Hexter served as second-in-line to Katehi if she were unable to fulfill her role as chancellor.
“There are have been so many discussions about the future path that I would be less than honest to say that the thought hadn’t crossed my mind, that at some point I would have to, under certain circumstances, have to step up and be acting chancellor,” Hexter said.
When asked if he is prepared to take on the role as chancellor, Hexter responded that, while he has worked closely with Katehi, there are some duties he is unfamiliar with.
“There are many things that I know about because we work on them together,” Hexter said. “Frankly some areas that I know less well because the chancellor has her area and I have mine.”
In a statement released yesterday, Napolitano noted that Katehi will be placed on leave as a third-party investigation looks into possible violations of UC policy, including questionable employment of immediate family members and potential inappropriate use of student fees.
Though Hexter declined to speak on the possible validity concerning Katehi’s recent allegations, he expressed that an investigation is an effective way to settle the controversy. He  also said that he has not seen Napolitano’s documents pertaining to Katehi’s investigation.
“I think that an investigation is always a good thing. It brings things to light, and if things are wrong, it corrects them,” Hexter said. “I don’t think we’re ever afraid of light being shown on what we do.”
In regards to the students who occupied Mrak Hall for 36 days throughout March and April, Hexter said he was relieved to see the sit-in end.
“I never thought of [the protestors] as representing all of the students. I know there are a tremendous amount of supporters who are by nature more silent,” Hexter said. “The occupation caused a tremendous amount of stress to the chancellor, but, above all, the staff that works here.”
Hexter also confirmed that he will be appointing an acting provost who will take over his previous role while he serves as chancellor, in addition to affirming that he will hire UC Davis’ new athletic director in the coming months.
“I serve at [Napolitano’s] pleasure and I will serve as long as she wants me to serve,” Hexter said.
Source: https://theaggie.org/2016/04/28/acting-chancellor-hexter-speaks-in-first-public-appearance-since-abrupt-appointment/

Faculty reactions:
...Linda F. Bisson, a viticulture and enology professor, told The Chronicle last week that many faculty members, especially women in STEM fields, identify with the criticism Ms. Katehi has faced as a female leader. (She is an engineering professor by background.)

Many women on the faculty are "facing implicit bias and all those challenges, and trying to develop new policies and protocol, so of course they’re supportive because they see the pattern that is emerging," Ms. Bisson said.

On Wednesday night Ms. Katehi’s lawyer released a statement saying she intends to fight the allegations but cooperate with the investigation. "Make no mistake: We intend to vigorously defend Linda’s professional reputation and her standing as chancellor of the university she loves," the statement read.

Though not all faculty members support Ms. Katehi as a leader, some have used the struggle as an opportunity to take a stand against what they see as a breach of shared governance.

The chair of Davis’s Academic Senate, André Knoesen, said in an interview that he first spoke about Ms. Katehi’s situation with Ms. Napolitano on Thursday morning, only after news of the chancellor’s leave was made public. Many faculty members are upset that Ms. Napolitano bypassed the Academic Senate when taking action against Ms. Katehi, Mr. Tucker said.

"Faculty as a whole are a little bit weary about how Napolitano has been sort of ham-fisted with certain aspects, like the retirement plan," he said...

Full article at http://chronicle.com/article/In-Fight-Over-UC-Davis/236297
Posted by California Policy Issues at 8:17 AM