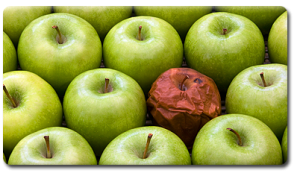 From Science: ...In California, ..the desire to avoid hiring faculty found to have committed harassment (at a previous institution) has spurred two UC campuses to change their approach to vetting finalists for tenured faculty positions.


At UC Davis, a pilot project begun in July 2018 asks those candidates to allow their current employer to share with the school any findings of harassment against them. Anyone who doesn’t sign the waiver allowing the disclosure of such information, which is normally kept confidential, is considered to have an incomplete application and is removed from consideration. The new policy appears to be having its desired effect, says Philip Kass, the university’s vice provost for academic affairs. Every one of the 21 finalists for tenured positions whom UC Davis has investigated since the policy was implemented has come up clean (based on responses from 30 of the 31 institutions that the university queried). His theory is that those with a negative finding in their files have chosen not to apply, and he’s not worried that self-winnowing will limit the talent pool available to the university.
“I’d rather err on the side of excluding someone with a history of harassment rather than allowing someone to sneak through,” Kass says. At the same time, he notes, discovering a finding of past harassment wouldn’t automatically trigger a rejection. UC Davis typically asks institutions to go back roughly 10 years into personnel records, on the assumption that rehabilitation is possible. “It’s not a case of one strike and you’re out forever,” Kass says. “If someone has admitted they made a mistake and learned from it, that’s a positive sign.”
This summer, UC San Diego (UCSD) launched a similar pilot. It was spurred by a “false alarm” involving allegations of past harassment by a newly hired faculty member, says Robert Continetti, senior associate vice chancellor for academic affairs. After completing the investigation, Continetti says, “We found ourselves without any policy to guide us going forward.”
The new policy applies only to tenured positions, Continetti says, because “it’s a laborious process to remove someone with tenure.” In contrast, those seeking “tenure-track appointment are already on probation,” meaning any harassment finding could lead to a denial of tenure. Overall, UCSD officials expect the 3-year pilot will affect roughly 20% of the 75 to 80 tenured faculty searches that the university conducts in a typical year.
UCSD officials worked closely with the faculty senate in designing the pilot, Continetti says. One concern they addressed is that the additional vetting could slow recruitment to the point that the best candidates might choose to go elsewhere. “We’re committed to taking no more than 5 days” for the background information requests, he says, “so we don’t think it will be an impediment to making an offer.”
Kass and Continetti believe the new procedures will weed out bad apples while maintaining an employee’s right to privacy. “It’s not going to be 100% perfect, but it is such a common sense approach that I’m surprised more universities haven’t adopted it,” says Kass, who this June testified before Congress at a hearing on ways to stop harassment in science...
Full article at https://www.sciencemag.org/news/2019/11/nsf-unwittingly-hired-professor-guilty-bullying-highlighting-pass-harasser-problem
Posted by California Policy Issues at 3:29 AM