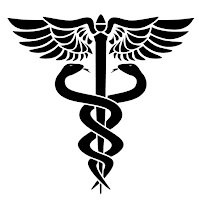 Religious restrictions on healthcare have been developing into a public health crisis of the first order. New disclosures show how deeply these restrictions have infiltrated an institution that should be a bulwark against them: the University of California.

Clinical and educational training contracts with Catholic hospital chains have placed religion-based constraints on UC personnel and students at every one of UC’s six medical schools, as well as some nursing, nurse practitioner, physician assistant and pharmacy programs.

The contracts remain in force at medical and professional schools at UC San Francisco, UCLA, and UC Davis, San Diego and Riverside. At UC Irvine, a 2016 contract with Providence St. Joseph Health expired at the end of May.

The [Directives] are problematic because they’re not based on science, or medical evidence, or the values and obligations of the university as a public entity.

Most of the contracts are with the Catholic hospital chain Dignity Health. The contracts typically require UC personnel and student trainees to comply with Catholic Church strictures on healthcare while practicing or doing field training at Dignity facilities. The restrictions don’t apply when UC personnel and students are working or studying at UC facilities such as its own medical centers or clinical sites not operated by Dignity.

In some cases the restrictions could prohibit UC personnel at Dignity facilities from even counseling patients about medical options that conflict with church doctrine, such as contraception and abortion. UCSF also has training agreements with Providence St. Joseph in Oregon and Washington state.

The most restrictive church rules are specified by the Ethical and Religious Directives on Catholic Health Care, known as the ERDs, a document issued by the U.S. Conference of Catholic Bishops that bars almost all abortions, sterilization procedures such as tubal ligations, and provision of contraceptives. The directives are in place at many of the hospitals named in the UC contracts, even though UC is prohibited by the state Constitution from allowing religious considerations to govern its operations.

The contracts were obtained by the ACLU of Northern California via a Public Records Act request. The documents raise new questions about whether UCSF officials were candid with university regents in testimony this spring over a proposed affiliation between UCSF and Dignity Health. UCSF abandoned the plan in May in the face of a public uproar and professional rebellion at the school.

In defending the proposal, UCSF officials suggested that UC providers would be able to circumvent many of the religious strictures by transferring patients to hospitals with less restrictive rules, and sometimes through subterfuges such as falsifying patient records.

But as the ACLU observed in a Nov. 15 letter to UCSF officials, “even at the time of these assertions, UCSF ... already had entered into contracts with Dignity Health that explicitly tie the hands of UC providers and require them to comply with Dignity Health’s religious doctrine.” (Emphasis in the original.) ...

Full column at https://www.latimes.com/business/story/2019-11-21/uc-religious-restrictions-catholic-medical-schools
Posted by California Policy Issues at 7:54 AM