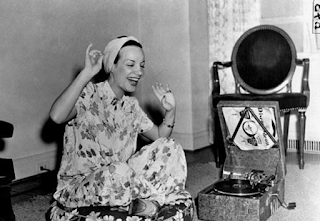 This posting of the three sessions of the afternoon of November 13th concludes our coverage of last week's Regents meetings. Some highlights:

Compliance and Audit: It was reported that the state auditor is complaining that the Regents should have a draft of the UC budget proposal earlier than in current practice. At the Herbicide Task Force, one member was asked to step down due to potential conflict of interest.

Public Engagement and Development: There was extended discussion of UC's DACA case now before the U.S. Supreme Court and what might happen if DACA is rejected.

Governance: The new policy that discourages outsourcing is estimated to cost $108 million. There was some controversy about a particular salary for a health executive position, although in the end the salary was approved.

Here is the Daily Bruin summary of the three afternoon sessions:

Alexander Bustamante, senior vice president and chief compliance and audit officer, said this year, the Office of Ethics, Compliance and Audit Services changed their annual report to better explain the function of the committee and its relationship with the campuses. They also aimed to make it more mainstream and readable in general, he said.

Bustamante added that some campuses have databases that track compliance and auditing, but a centralized system does not yet exist. He said ECAS is currently working with Human Resources on formalizing the mechanics of its reporting relationship with the campuses.

Irene Levintov, chief of staff at ECAS, said the California State Auditor provided an opportunity for recipients of its audits, which includes the UC, to give an update on their recommendations in October. ECAS submitted nine additional recommendations as complete this year, Levintov said.

Ken Smith, executive director for the Environment, Health and Safety team at the UC, said the Herbicide Task Force has met six times since its previous update in September. Smith said the task force completed its report and submitted it to the president by Nov. 1 for review. He added the president will consult with the chancellors and the Herbicide Task Force in order to fully understand the potential impact of these recommended changes.

Smith said the task force recommends the temporary suspension of the use of glyphosate-based herbicides remain in place until the UC President Janet Napolitano reviews the recommendations. The task force will present its report to the entirety to the board at the meeting in January, along with the decisions of the president.

Kieran Flaherty, associate vice president of state governmental relations, addressed the committee’s concerns about the Fair Pay to Play Act, a recently passed bill which permits college student-athletes to benefit financially from the promotion of their name or image. Flaherty said his team would keep in constant communication with the legislature and the National Collegiate Athletic Association until the act comes into effect in January 2023.

Aidan Arasasingham, government relations committee chair for the UC Student Association, and Varsha Sarveshwar, UCSA president, spoke about the UCSA’s involvement in the state and national legislatures, pushing for reforms such as further state support for mental health, reauthorization of the Higher Education Act and increased recruitment and retention of students of color in the UC system.

UC Berkeley Chancellor Carol Christ introduced Rebecca Bourges, a third-year environmental economics and policy student at UC Berkeley, to raise awareness about the student population on the UC campuses that grew up in foster care. Bourges, who spent her first years of college sleeping on couches and living in boxes on breaks from school, asked the regents to implement better programs to ensure proper food and housing for foster youth.

Christ also introduced McArthur Hoang, a formerly incarcerated fourth-year sociology student at UC Berkeley. Hoang said his experiences at Berkeley have shown him there is a need for postgraduate programs and specialized mental health support for formerly incarcerated students in the UC system.

The committee approved a motion to reschedule the next regent’s meeting from July 14-16 to July 28-30.The meeting will also change locations and will now be held at UC San Francisco instead of UCLA to accommodate scheduling conflicts of many of the regents.

The committee also approved a motion to greatly restrict outsourcing of employees. The new policy ensures that UC employees will receive the same pay and benefits as contractors doing the same work. The UC system will prioritize its own workers before turning to contractors, said Regents Chair John Pérez.

The committee voted to approve the creation of a new systems management position to oversee operations at the UCLA Health center. This motion had been previously approved by the Health Sciences Committee, and the position will be offered to an incumbent manager.


or direct to:
Compliance and Audit: https://archive.org/details/4publicengagementdevelopmentpm111319/3-Compliance+%26+Audit+PM+11-13-19.wma

Governance: https://archive.org/details/4publicengagementdevelopmentpm111319/5-Governance+PM+11-13-19.wma
Posted by California Policy Issues at 8:27 AM