The Big One and the phones 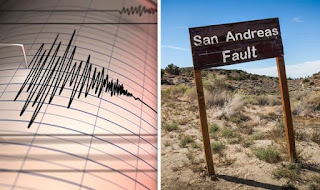 Of course, he was assured that, not-to-worry, the abandonment of traditional copper wire landlines at UCLA would have no effect on emergency phone service in a major emergency.

How odd, therefore, that on the LA Times' website today, he found the article below: 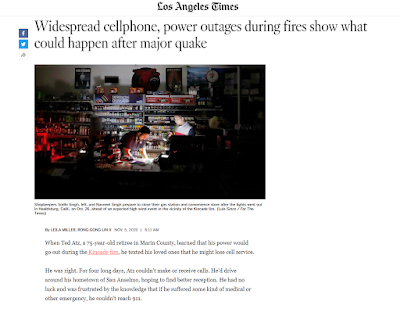 Maybe not so odd, however, were these sentences in the article:

"The problems weren’t limited to cellphones. Some customers who get their landline phone service through their broadband internet service provider saw their phone lines go out, despite having their phones charged and equipped with battery backups." ...

"Traditional copper-based landline phones in at least some areas were said to have continued to operate during the power outage."

But, as I said, not-to-worry. After all, our experience with UCPath and UCRAYS surely tells us that new technology will work without a glitch, even in extreme circumstances.
Posted by California Policy Issues at 7:53 AM