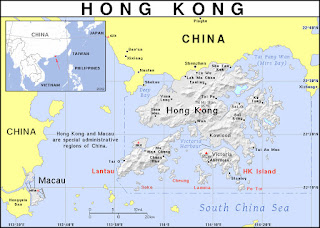 From the Daily Cal:


In the wake of protests in Hong Kong, UC Education Abroad Program, or UCEAP, suspended its study abroad program in Hong Kong on Tuesday out of safety concerns for students, as previously reported by the Daily Nexus.
The spring program was suspended at this time to give students more flexibility to change their plans for the upcoming semester, according to a Daily Nexus interview with UCEAP associate vice provost and executive director Vivian-Lee Nyitray. UCEAP is monitoring the situation in Hong Kong closely to ensure the safety of students currently studying abroad there.
“We felt that rather than have them go, potentially be in an unsafe situation and have to worry about evacuating them … it would be preferable to not have them go,” Nyitray said to the Daily Nexus. “This wasn’t a decision that was made either lightly or out of any kind of haste or panic.” ...
Full story at https://www.dailycal.org/2019/11/15/uc-study-abroad-institute-suspends-hong-kong-programs-because-of-safety-concerns/
Posted by California Policy Issues at 8:44 AM