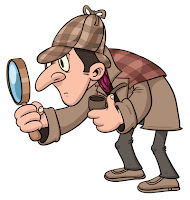 If you are looking for a reference in the article below to the governor making a contribution to the UC pension, you won't find it. CALPERS - which handles the CSU pension - however, is a a recipient, as is CALSTRS.

“That’s about building resiliency,” Newsom said about being prepared for an economic downturn.

In addition, the governor is offering $3 billion to help school districts meet their obligations, which would be used to reduce their CalSTRS payments and free up cash for the classroom.

Specifically, $2.3 billion of that money would be used to pay down school districts’ long-term unfunded liability and the remainder would be used to lower employer contribution rates over the next three years.

Moments after Newsom’s presentation, the district announced it would be sending the L.A. teachers’ union a fresh proposal “to further reduce class size,” and urged state lawmakers to “provide additional funding for Los Angeles Unified.”

“Gov. Newsom is tackling the No. 1 financial dilemma that districts are facing across the state, and he’s doing it in his first budget,” said Derick Lenox with Capitol Advisors Group, which lobbies for school districts. “And by the way, it’s not sexy to prepay pension contributions, it’s just financially smart.”

Conservatives gave Newsom credit for the extra payment but noted the size of the long-term liability. California’s retirement liabilities now add up to $256.5 billion, according to Newsom’s finance department.

“That’s a great start, but hardly adequate to address the growing pension and retiree healthcare costs that state and local governments are now required to acknowledge in their (financial reports),” said state Sen. John Moorlach, a Republican from Costa Mesa.

Source: https://calmatters.org/articles/blog/newsom-wants-extra-pension-payments-as-retirement-liability-tops-256b/
Posted by California Policy Issues at 11:54 AM